This auspicious tenth anniversary for MUTEK in Barcelona will take place March 6-9, 2019, and the festival already has the jump on first names! Strategically positioned outside of the city’s bustling season of juggernaut festivals, MUTEK in Barcelona has been cultivating a space for itself that privileges local artistry and community, while curating new projects and offering exclusives and premieres from world-renowned artists working at the ever-evolving intersection of music, visual art and technology. Underlining its mandate of live performance, discovery and connection, the architecture of the festival is built around the familiar programs: A/Visions for spectacular audiovisual works, Play for contemporary experimental, extreme and playful projects, Experience for an accessible mix of local and global talents, and Nocturne for the big-room, big-name and club-oriented performances. Expect a kaleidoscope of genres that take in ambient, rhythmic, mechanical, robotic, scientific, hardcore, modular, folkloric, noisnik, and ingenious scenographic elements.

Director Alberto Nerone, considering this MUTEK milestone says: “This last decade has been a rollercoaster of emotion and challenge, with Barcelona’s local community at the heart of all our decisions. We continue to work hard on bringing visionary international artists not normally presented here, while uplifting and spotlighting the rich local and national scene of talents we have. The mission is to remain rooted in Catalunya and further develop transcontinental synergies with our amazing global community. 10 years is a lifetime in this business, and next March we look forward to laying the groundwork for 10 more, with experiences and offerings that push us, and our audiences into new frames that alter perceptions, expectations and consolidate their confidence in the whole MUTEK project.”

Celebrating the past, present and future, here is the first batch of artists, with many more still to come:

The constellation of festival venues will again include the intimate hall of the Institut Français, the fully outfitted dance rooms of the Nitsa/Astin, the sprawling and convivial meeting ground of the Antigua Fábrica Damm—and for the first time, L’Auditori—one of the most emblematic spaces in the city for contemporary performance, which, will host the Spanish premiere of  ISOTOPP, a dramatic new work based on particle acceleration by acclaimed Québec artist Herman Kolgen, and a moving, cathartic audiovisual work by Montréaler Line Katcho, called Immortelle.

Representing the Latin American diaspora, who always form an important bridge between the hemispheres at MUTEK.ES, 3 artists with roots in Argentina take to the stage with their unique sounds. Uji, based in Buenos Aires and Wolke, now residing in Berlin create different strands of contemporary folkloric electronic music, merging ancient sonics with indigenous rhythms and modern groove. Alejandro Mosso, whose star is on the rise after releases on Talabot’s Hivern Discs, and remixes from Villalobos and Burnt Friedman, performs a set of his rich, organic productions.

The best way to have it all and experience all the angles of MUTEK is with a full festival passport! A limited number of discounted passports are available right now for 65€.

Tickets for the A / Visions program in l’Auditori are now on sale:

And stay tuned, next wave of artists coming in November! 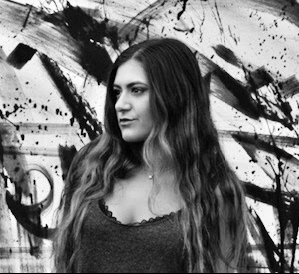 In an industry where flashing lights and celebrities flock the streets of Hollywood, you must be a pretty well known DJ in the EDM…