Canada occupies an interesting place in North America from a tourism standpoint in that many in the neighboring United Sates are relatively unaware to the opportunities there are for amusement there. Instead of looking at it like any other destination, they perceive it as their colder neighbor to the north, and seek to venture there only for attractions and purposes Canada can serve uniquely.

That’s not to say there aren’t things that fit this bill. For instance, skiing certainly comes to mind. Canada’s top ski destinations are every bit as good or better than most of the best ones in the U.S., and what’s more, they’re reliable for a bigger chunk of the year due to colder temperatures. That’s not to say places like Park City, Lake Tahoe, and the Rocky Mountains in Colorado aren’t world-class ski spots, but this is an example of a very specific reason some will see fit to travel to Canada.

The more lax gambling culture also comes to mind as something some recognize they can enjoy in Canada, but not in the U.S., with the exception of Las Vegas and a few small isolated areas here and there. If you were to look at a map of noteworthy casinos in Canada you’ll notice that many of them are practically perched on the border, making them ideal quick getaways for Americans. And on top of these, there is an online component to Canadian casinos as well, meaning some will cross the border simply to hang out and place bets or play games online for a bit.

Both of these are fitting examples, and speak to the somewhat limited view many Americans have of Canada as a destination. Both are also perfectly fine reasons to visit! However they also reduce Canada to far less than it is, and ignore the fact that there are plenty of other, more conventional reasons to go there. These might include hiking and natural wilderness, touring unique and thrilling cities, seeing awesome sporting events, immersing oneself in new cultures and, to the point of this particular piece, attending fantastic music festivals!

That’s right – despite the fact that they don’t tend to headline the reasons one might visit Canada, there are some incredible festivals that happen annually throughout Canada, and any music lover in the U.S. or elsewhere would do well to add them to a list of shows to plan for one day. They’re every bit as good as the far more famous festivals you hear about in the U.S. or around Europe.

A dozen or so of these festivals could make anyone’s list, but we’ll get you started with these five….

The United States’ vaunted SXSW (South By Southwest) concert gets an incredible amount of attention – particularly lately as it’s just wrapped up for 2019, as of the time of this writing. North By Northwest is in some respects Canada’s answer, and accordingly it’s not just a music festival. It may not be the full-fledged convention of ideas and entertainment SXSW has become, but it includes displays of music, comedy, gaming, and more and makes for a thrilling week-plus-long event in Toronto during the summer. Musically, it involves literally hundreds of acts across all genres.

You can pretty much guess what this one’s all about without needing to read about it. Just to be clear though, it’s a heavy metal and hard rock concert held in Montréal every summer. It takes place for two days in July and takes over Parc Jean-Drapeau, a large and pretty place perfect for a concert, or in this case a whole host of them. 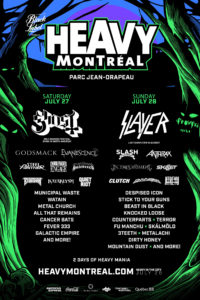 Held at the Salmo River Ranch in British Columbia, Shambhala Music Festival is the premier EDM festival in Canada, and perhaps the one above all the rest on this list that you should make an effort to see, provided you’re interested in the genre. Even if you only passively enjoy electronic music, the setting for the Shambhala Music Festival beats that of just about any other North American festival, save perhaps Outside Lands. 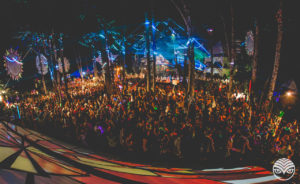 As much as Shambhala can lord over the EDM scene when one actually bothers looking into Canadian music festivals, Future Forest is another EDM show that’s been called one you don’t want to miss. It’s perhaps marginally more tame than Shambhala, not in the sense of the actual crowd or energy but in that it’s not quite an event of the same scope. For a focus on the music though, and a fairly traditional festival feel, it’s a great choice to consider. 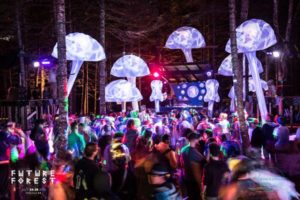 This is unquestionably among the biggest Canadian festivals in terms of pure scope, as well as the fame of the artists and groups that play. It takes place over 10 days in July and occupies a portion of the historic district of Quebec, and presents hundreds of shows. Naturally the lineup is different every year, but you can expect some of the biggest artists in the world, and an overall slate of performers to rival most of the big U.S. festivals. Last year alone involved Foo Fighters, The Weeknd, Lorde, The Chainsmokers, and Dave Matthews Band, to name just some of the headliners. 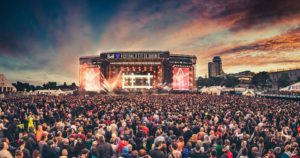 Tickets will be available for purchase starting April 2nd, 2019.

Hopefully looking over these options, and knowing that there are even more we didn’t cover here, you realize there are plenty more reasons to go to Canada than just those for which it’s convenient or necessary.

B-Sides & SWAGE Team up for new song “On The Floor”