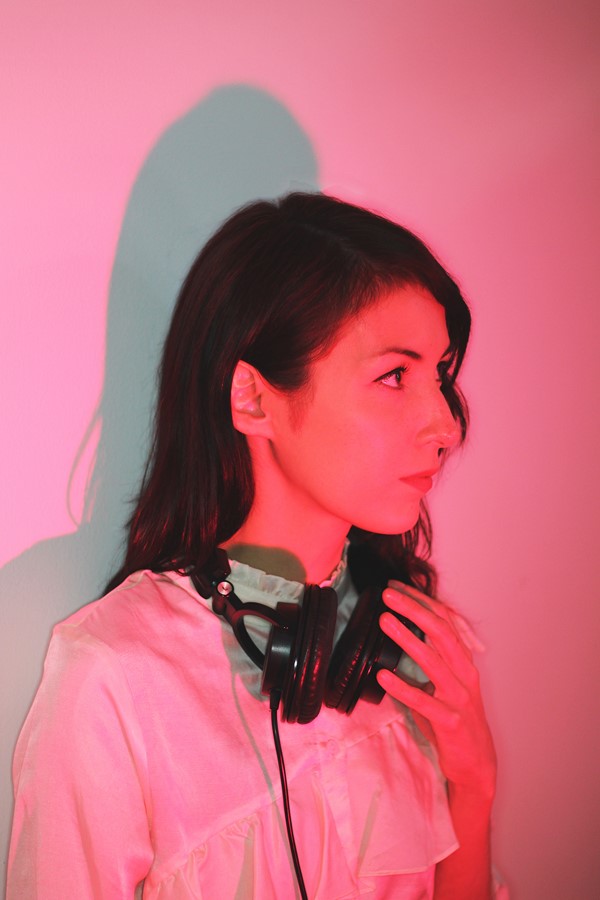 Toronto-based, Diana McNally, more commonly known as Automaticamore, is an old soul at heart. She spends her time collecting vinyl sets, old and new, to create a sound truly magnificent. Many locals will be familiar of this artist, as she’s spent time circulating Toronto’s underground scene. Keen to share her musical finds, McNally first approached YouTube as an outlet, with rising popularity she now spins in iconic and rare clubs all around Europe. This summer, she’s returning to her hometown to play for us at Electric Island June 22, at Woodbine Park. We got the chance to chat with her about her music influences and her take on the rare but beautiful synth genre. Here’s what Diana McNally had to say!

Can you explain a bit about the origins of your alias Automaticamore? How did that name originate and do you use different stage names depending on what types of music you play?

My DJ name was a bit accidental. The name itself, Automaticamore, is the title of a fantastic b-side on a Patrizia Pellegrino 7″ that I have. However, I never formally adopted it as my DJ name; rather, it was the name of my radio show on the now defunct Toronto Radio Project (TRP). However, people started billing me as Automaticamore, and it stuck as my DJ name. That’s fine – it’s difficult to spell and pronounce, but it’s a great song. I use the name regardless of what music I’m playing – and, to be fair, my oeuvre is pretty well-defined as electronic music from the 1980s, including Italo-Disco, synthpop, electronic disco, New Wave, electro, industrial – the list goes on.

You have played at many Toronto Venues such as Bambi’s, Unlovable, Velvet Underground, and Cherry Beach to name a few. Are there any venues you’d love to check off a bucket list?

In Toronto, I feel that I have played some great local venues. Although, if I had to define my bucket list, it would simply be more ‘DIY spaces.’ Might be a bit vague, I realize, and we have a dearth of them in Toronto. I play once a month in Detroit at the Whiskey Disco, and have played great venues in the D: Marble Bar, T.V Lounge, Salon, and Lincoln Street Art Park. I’d love to play the latter two again, because they are incomparable DIY spaces that actually sound amazing. Also Art Park has flamethrowers! I’ve played some great DIY (or at least odd) venues in Europe too. ‘t Keldertje in Maastricht, Netherlands was my favourite, although playing Sound Banhof in Vienna, Austria (which is basically a railway station in a park) was rad. So, no bucket list per se, but I’m always looking for unique or undergrounds spaces. Of course, my dream venue is probably Lo Pan’s underground neon lair in the movie Big Trouble in Little China – I would crush in there! 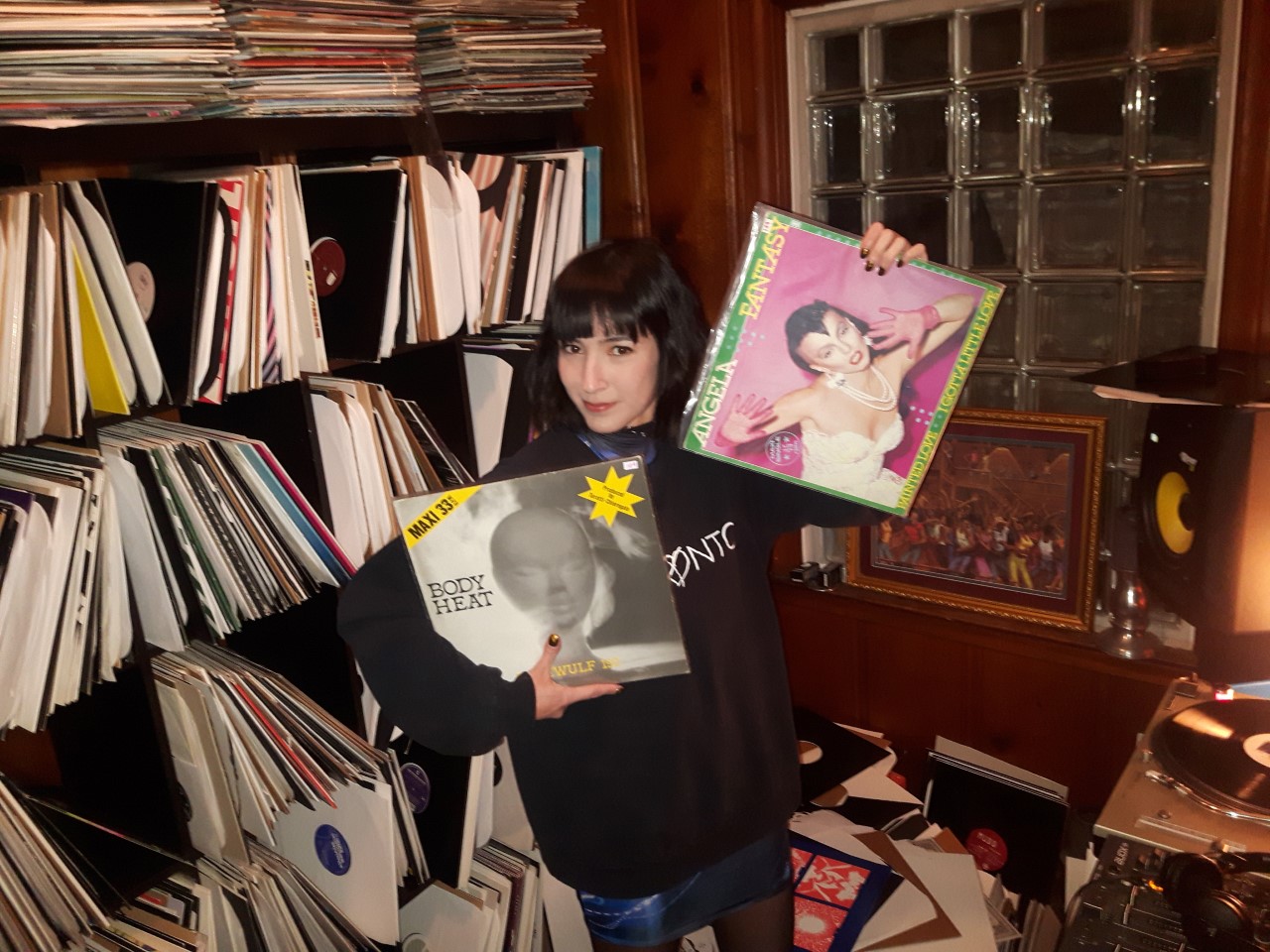 You have worked on perfecting your craft of mixing and record searching in your career so far. Has production of original tracks ever been a part of the plan?

I get asked this with some frequency, and no, it isn’t. First and foremost, I’m a digger and a collector, and what I love best is sharing my digs – often strange, usually obscure – with audiences. I did this first via YouTube, where I still post vinyl rips for discerning oddballs, long before I was ever playing my records for audiences. If I stop DJing, I’ll still continue to collect records.

“Unfortunately, I’m a packrat who has a Masters degree in Museum Studies, which is literally a graduate degree in collecting. So, I’m doomed to a lifetime of hoarding records. The upside is that I will play them for you, instead of relegating them to the shelf!” – Diana McNally

I have to admit as well that I have my own personal barriers to production. I am a bit leery of creating music that is too derivative or nostalgic, and the technology is a bit of a learning curve for me. It’s hard to get past both of these issues. So, the plan is to continue to be the best music nerd I can be, and share what I love with like-minded people who are open to different, weird and humorous sounds.

Your style of music includes synth-pop disco, and Italo vinyl. What can festival goers expect from your Electric Island set?

Definitely rare and dusty records (I’ll give them a wash)! Of course, since it’s daytime and we’re on the Islands – my favourite green refuge in the city of Toronto – I’m planning to keep it mellow, sunny, and a little quirky. Prepare to hear nothing produced more recently than 1989.

Toronto had a void to fill in terms of synth and disco. Do you think there will be a new wave of synth music for artists to ride in the near future?

It certainly does! My experience is that Toronto cycles through trends as larger movements, where people will tend to be more attuned to one or two dominant sounds in a scene. Although, we differ from a city like Detroit, where the sounds and line-ups that co-exist are incredibly musically diverse. At Movement this year, my experience ranged from being in an Art Deco bar featuring live piano, to listening to gospel, funk, carioca, and classic house at different parties, to having my soul torn out by Aux 88 playing live electro. I also played a New Beat set while I was there. To the point: there was space made for all this music, and then some! Toronto is perhaps less eclectic in its dance and music scene, and I don’t foresee synth music or Italo ‘taking over’ as the dominant sound. That said, synth will continue to exist on the fringes in Toronto, with local DJs like myself, Pamm, Milch, and Julia Dickens (all weird and wonderful women) carrying that torch.

Internationally, I can speak to the Italo scene as being small, but extremely supportive and non-competitive. We all seem to know each other, and we play each other’s parties around the world. Many of us have careers in social services and the humanities, like I do. I represent over 50 homeless drop-ins in Toronto. My friend JAZ is an Italo Minister! For those making new music in the genre, like Donald Dust and Luca Dell’Orso, labels like Bordello a Parigi and Red Laser are currently giving them accessible platform. The Italo reissue game is huge, with lots of newer labels bringing extremely rare and expensive records to larger audiences. Dark Entries is probably the most obvious name here, but there’s also Mothball, La Discoteca, and Disco Moda, just to name a few. There are also old school labels like Best Record and ZYX reissuing their catalogues. Still, the proponents of Italo and synth are very dispersed across the world. In fact, Amsterdam is the only place I can think of that has an official Italo ‘scene’. It’s a niche in every city, so Toronto isn’t unique in that regard! All this said… it would not hurt to hear more synth in my hometown.

See her perform live at Electric Island this June 22! You can purchase tickets here and RSVP to the event. 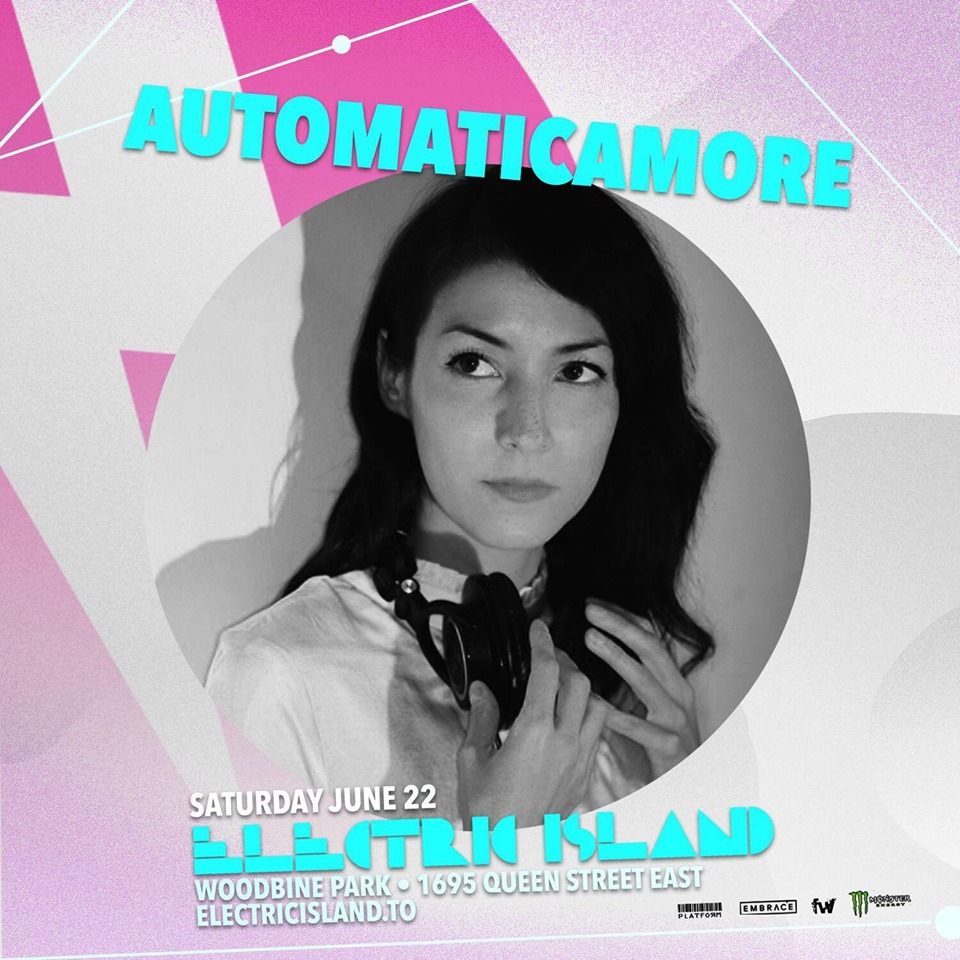 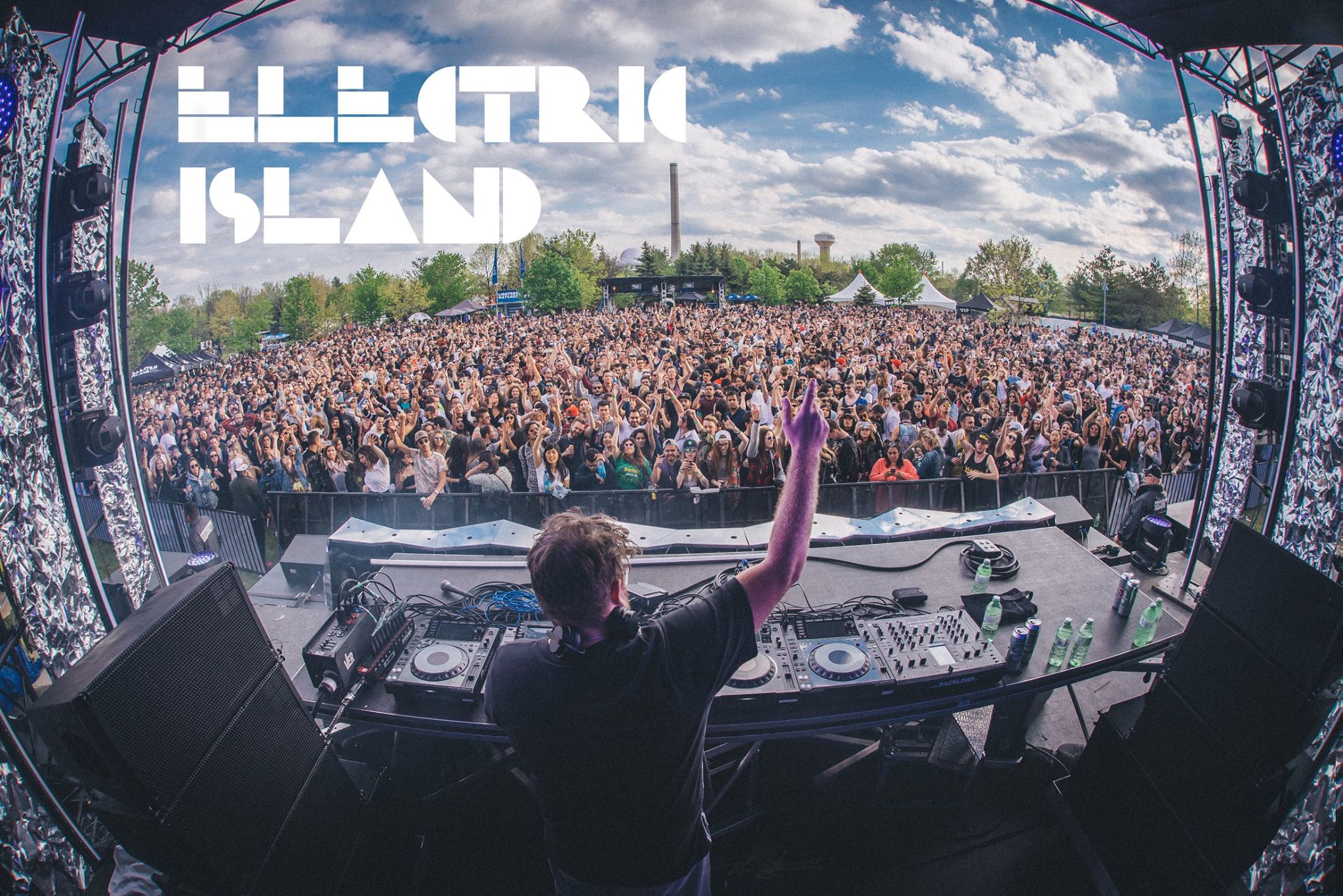 In the midst of its eighth Ibiza season at DC-10, Jamie Jones’ world renowned event series Paradise returns to Brooklyn on Saturday, September 21…