Just like all good things, festival season must also come to an end. With that being said, Electric Island keeps the best for last, with their annual two-day festival on labour day weekend. This year, the finale will be taking place on Saturday, August 31st and Sunday, September 1st at West Island, Ontario Place. Headliners include Adriatique, Chris Liebing, Joris Voorn and Pleasurekraft plus unforgettable closing sets from Boris Brejcha and Claude VonStroke. In addition to the world renowned and locally respected talent that will be hitting the stages on both days, there will be a variety of things to see and do, including the legendary hippie market, vast selection of food and drink, funky art displays, breathtaking views and last but not least, the beautiful people of Toronto. All in all, this weekend will be one for the books. With just over a week left to go, lets reminice of the 2019 highlights of the Electric Island Season…

To start off the 2019 season, music lovers made way to the beautiful Toronto Island, via Ferries and Tiki Taxis, finally arriving at Hanlan’s Point. Although the weather was rather on the colder, wet-side, that didn’t stop festival goers from missing out on their musical journey’s. DJ Minx delivered a funky mid-day set on the Main Stage, followed by Bedouin. The rain gave way, but that didn’t stop dancers from groovin’ to the sounds of DJ Sneak at the Moog Audio Stage, while Âme sent waves through the crowd as the rain finally went away just in time for Dubfire’s permeating closing set. 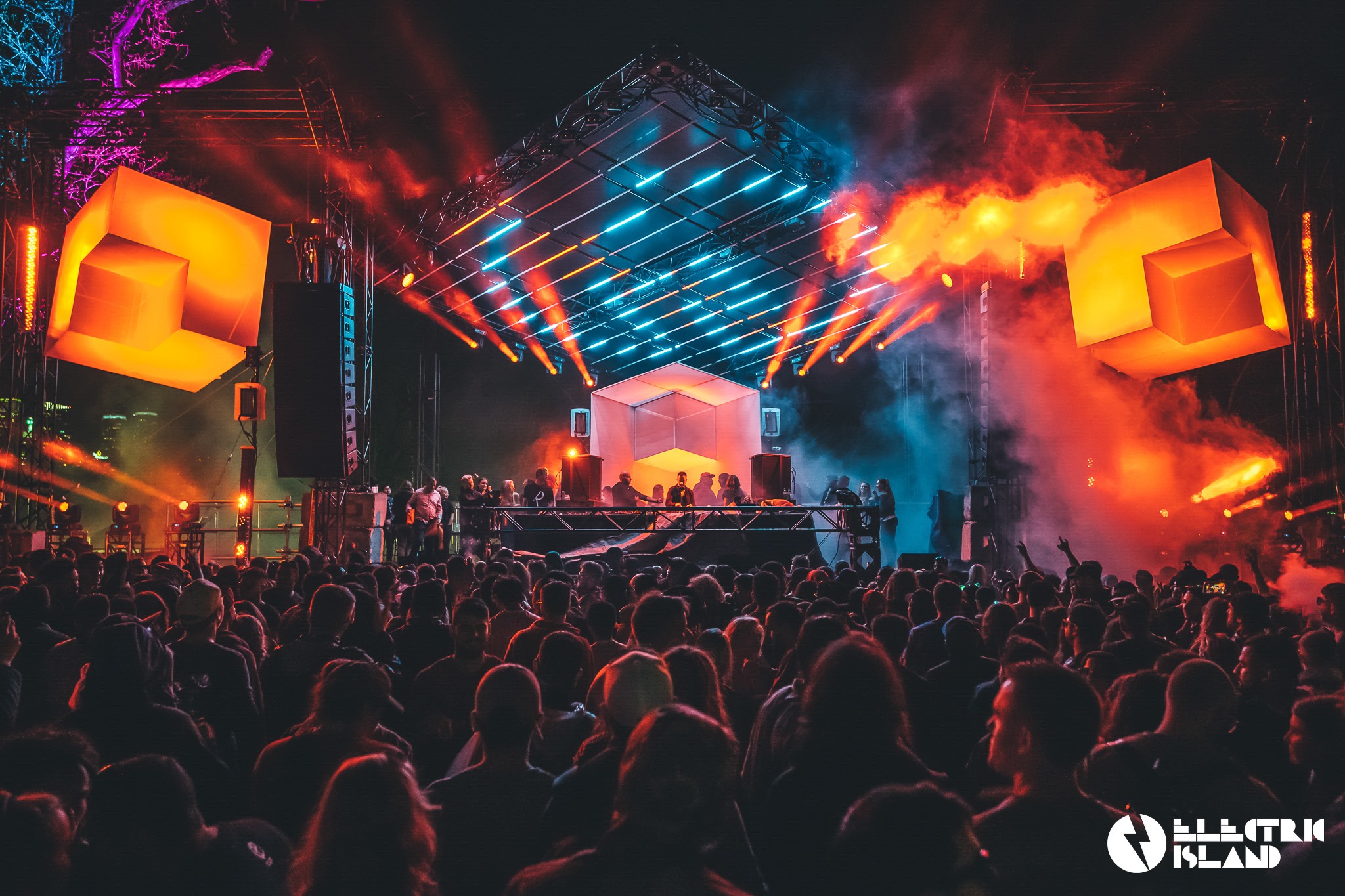 The second edition of Electric Island re-located to Woodbine Park, but this didn’t stop the vibes, as guests danced away to DJ Harvey’s disco set mid-afternoon, while The Prism Stage hosted Toronto pride weekend with the glitter-militia. The sun was shining with smiles all around, as Blond:ish played a fire set, while Seth Troxler closed out the fantastic day. 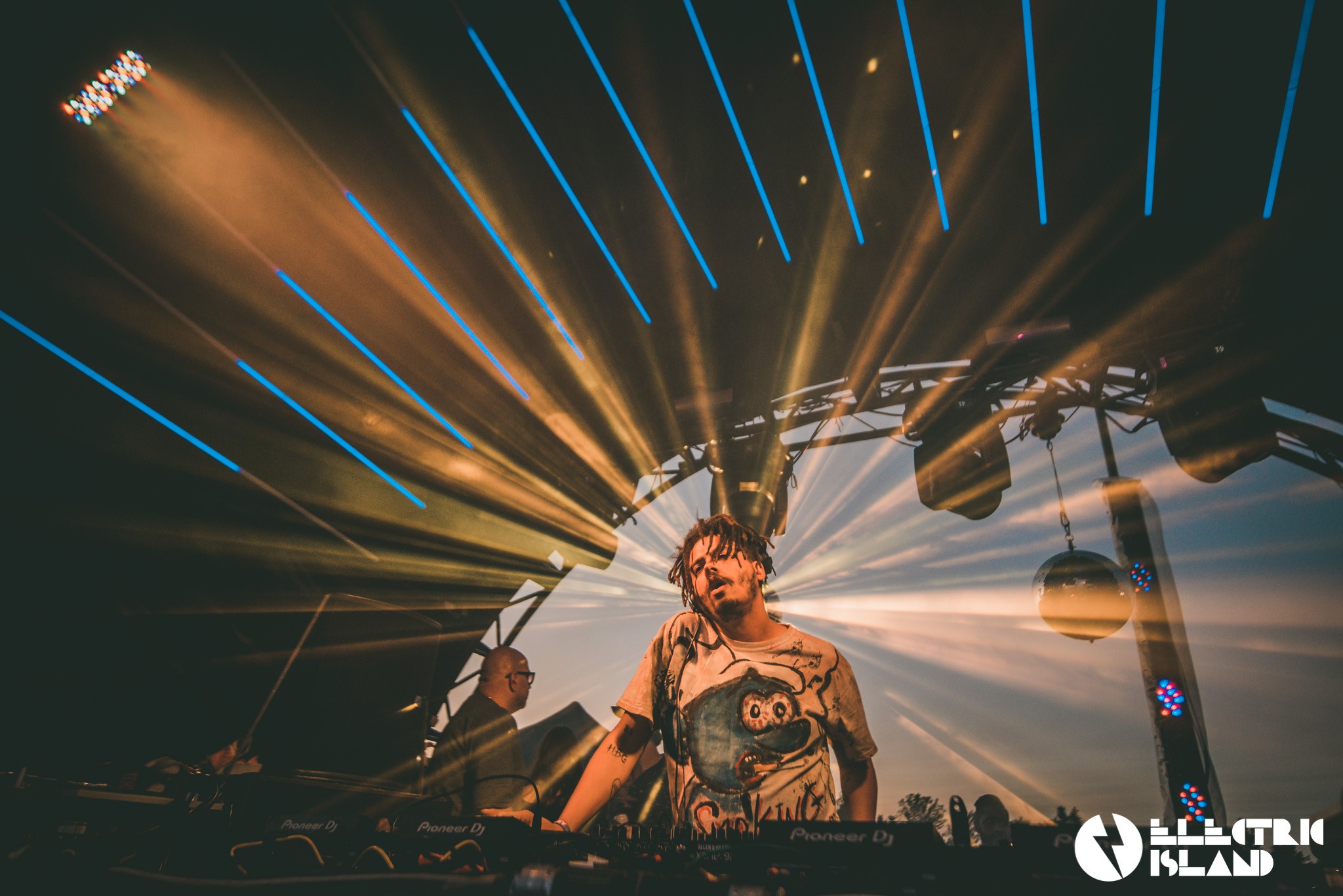 The August edition of Electric Island brought names like Hot Since 82, DJ Seinfeld, Lee Foss, George Fitzgerald, Dusky and more. Once again, the festival took place at Woodbine Park, since the Toronto Islands were not in any shape for a festival, due to flooding. Party-goers vibed out, with easy access into the venue, with two stages to choose from. The Moog Audio stage almost feels like a cozy cocoon, with lush trees hanging over the dance floor. Hot Since 82 closed out the day on the main stage with an energetic set, having Electric Islanders dancing non-stop. 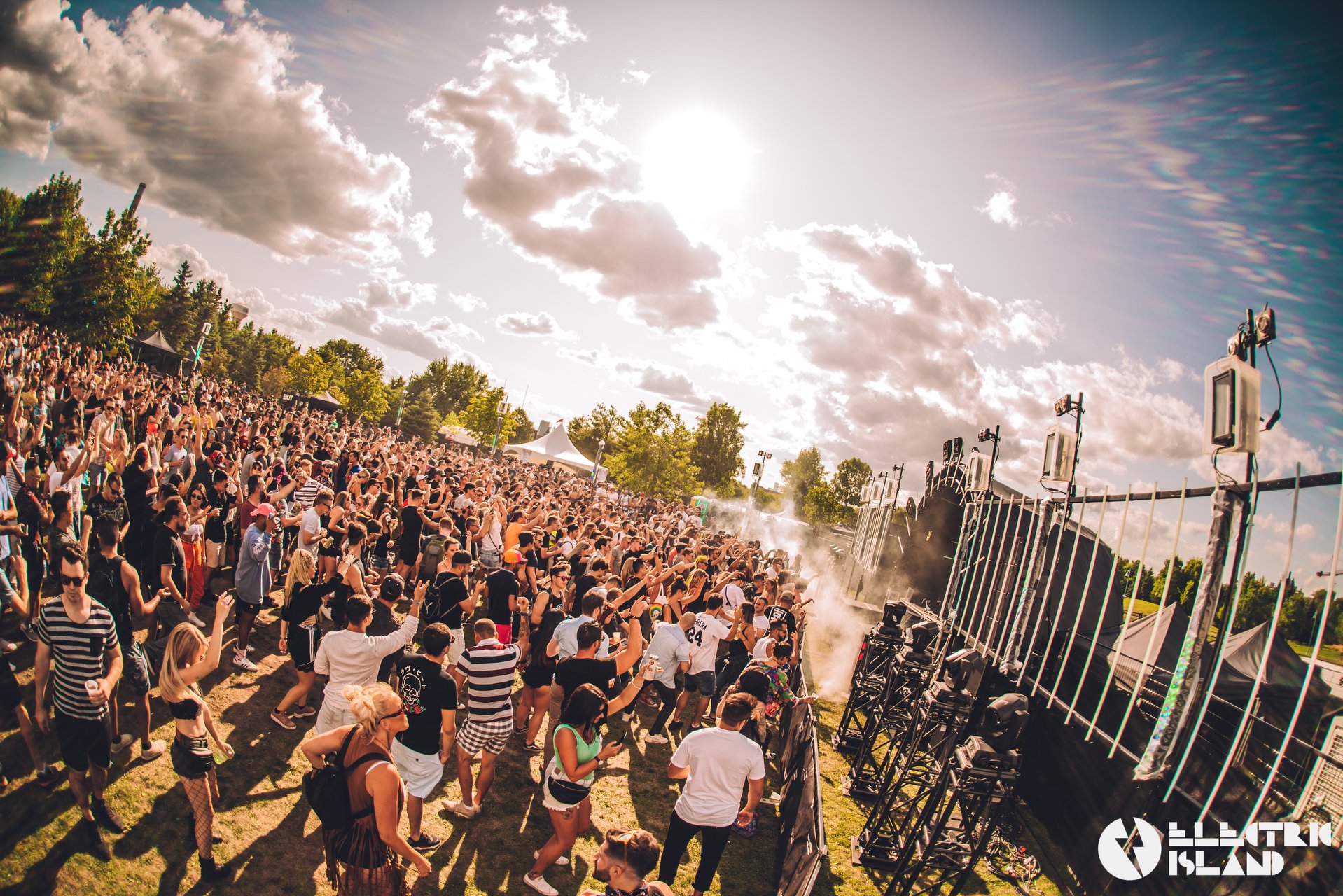 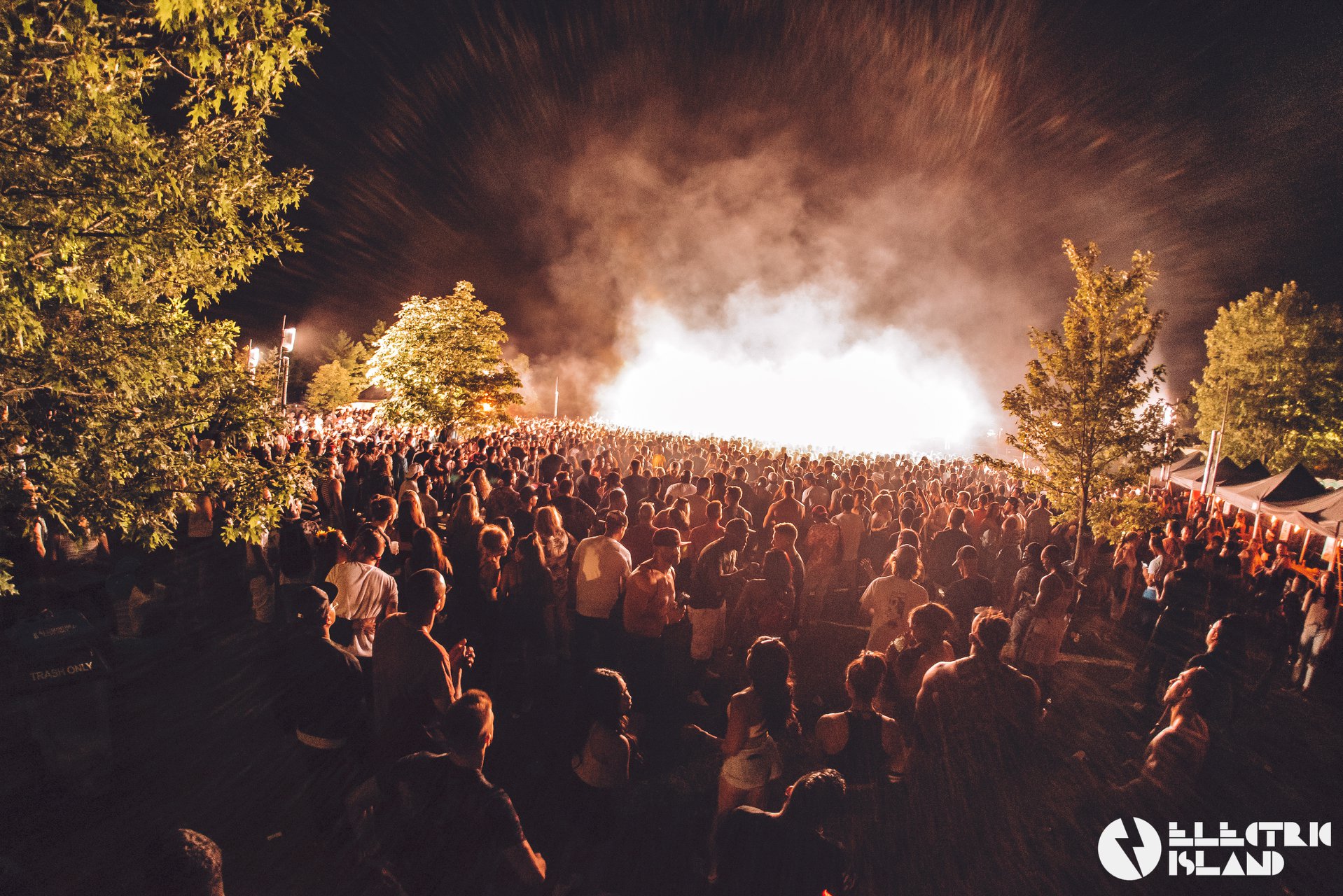 To start the weekend off, attendees will gather at West Island, Ontario Place, to begin the festivities on Saturday afternoon. Beautiful sunny weather is expected for the weekend, as the summer comes to an end. Music lovers can expect back-to-back performances from a variety of artists beginning at 2:00PM. The lineup for day one is stacked with appearances from Anja Schneider, Adriatique, Marie Davidson, and Azari, while Chris Liebing will entrance dancers with a deep techno set followed by world-famous Boris Brejcha, who will close out the first night of the weekend. We also can’t forget about the talented Toronto artists taking the stage: Hauy, Nature of Music, Self Serve, Roberto S., Stacey Sexton, and Raf Reza.

Hopefully after a good nights rest, Electric Islanders will return to continue the party and close out the season! Festival goers can relax under the shade, grab a bite, or make their way to one of two stages for a one-of-a-kind techno inspired dance party. Day two’s lineup features Francesca Lombardo, Pleasurekraft, Addy, and Greg Gow. As we kiss the sun goodbye, the night is still young with some epic performances in store from Swiss DJ Joris Voorn, who’ll continue the party at the main stage, followed by Dirtybird Record’s Claude VonStroke closing out the 2019 Electric Island finale with a bang! Don’t forget to check out Toronto’s very own: Wess, Arman & Beynon, Rudee Nik, Casualties of Sound, and Jeremy Stott!

Get Tickets to the Electric Island Season Finale Weekend: HERE 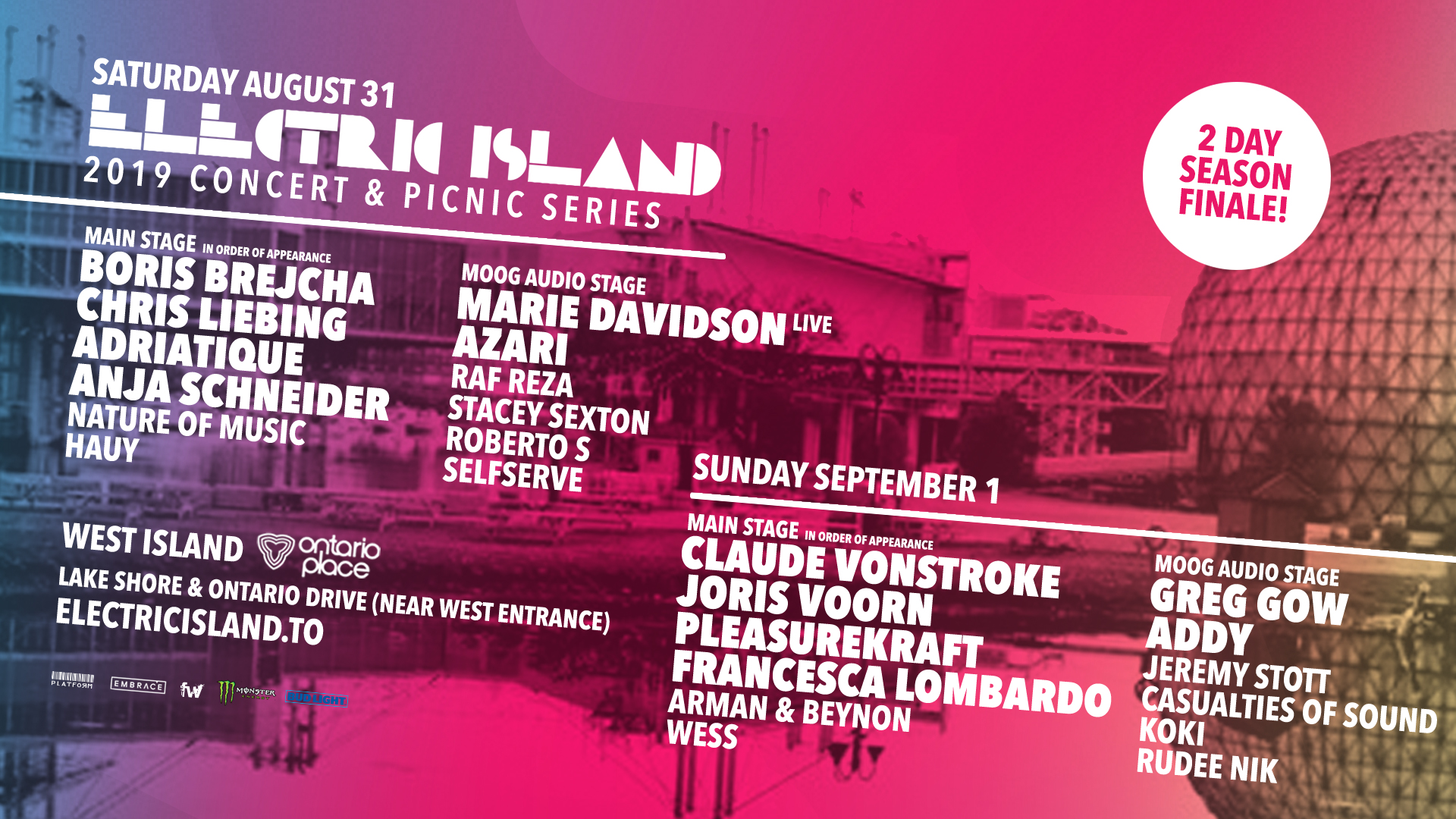 From March 4 to March 7, the very best of Nordic music scene will gather in the heart of Oslo for Norway’s premiere music…