Family Piknik is a one-day House & Techno open air festival in Montpellier, France, probably the most renowned part of France for electronic music, which aims to combine great music with the atmosphere of a smaller, more intimate festival. The message is simple: come with your family and friends to party all day long. This year, it is being held in a new venue in the exact location where Borealis, the first legal Techno festival in France, took place back in the nineties. The festival first came about when the organizer of the fest was in the hospital for a motor accident, which disrupted his DJ career. He began thinking of new ways to promote music after more than a year off the circuit. He came up with the idea of launching a brand new festival in the south of France, where he grew up, both as a man and an artist. There was nothing like it back in 2012: a one-day open air festival that was both family-friendly and offered decent, underground DJs.

Tom Pooks and his team have created a family around a philosophy of music. And that music is a curation of the best DJs in House, Tech-House, Progressive, Deep House, & techno in the world playing in the backdrop of one of the most beautiful cities in the south of France. Having attended thousands of festivals, I’ve never experienced a fest where the promoter was so emotionally involved.  And that passion translated into the amazing experience.

FestPop Interview with Tom Pooks May 2018

FestPop is all about discovering new music festivals across the globe. I had the privilege to attend Family Piknik music festival with my Editor in Chief-EMEA, Daniel Csefalvay, in Montpellier, France. Back in July, Daniel and I got a call from Tom Pooks, the founder. I was so upset that I didn’t know about this fest because I know Americans and other fans across the globe would love to be in the know, but first I had to see for myself. Upon arriving to Montpellier, our flight from DC to London was delayed and all I could think about was that I might miss Marc Romboy’s set at the pool party – which was the prelude to the one-day festival.

Thankfully, we made it, about 45 minutes into his two-hour set, with a bit of help from the French passport control. When you have someone like Marc spinning at a party, you know you are about to be educated and entertained in a way that only one of the legends of the electronic music world can. The Family Piknik pool party was the perfect intro for what was to come the next day and when Marc dropped ‘Hyperhova,’ you knew the vibe was all about the music, which carried throughout the weekend.

The day of the fest, Mike Spirit and Joy Kitikonti continued in a more melodic vibe, but still with the techno-edged baselines and beats that can only mean one thing – an underground sound that electronic music lovers truly appreciate.

A true highlight of the trip was DJ Joy Kitikonti. A little bit of background on my new favorite Deep House DJ from Italy: Musician, DJ, and producer, Joy Kitikonti is a polyhedric artist with several discographic successes, important partnerships, and awards in his background. All these experiences made him the complete artist of today. Joy Kitikonti was born in Tuscany. He felt immediately a great passion for music when he was young, probably influenced by his father, a musician during 60’s 70’s.

His career began in 80’s, he was a self-taught musician, skillful with the drum and percussion instruments. In 1990 he became a producer. In 1996 he became a member of Media Records. Here he realized important productions, a lot of remix and numerous collaborations with DJs. A lot of his productions were born under nicknames like JoyKit, Rocktronick Orchestra, Marikit, Farmakit, Joman, Jakyro… “Joyenergizer (BXR)“ made him famous in all the world. “Joyenergizer” went on the top of European chart.

Joy made two important movie’s remixes: The Shaltering Sky and Rain Man. His underground vocation comes from those boundary territories, where music means fun, not just money, where friendship among the artists goes further than the interests of the music industry. Joy has already released hundreds of tracks during the latest years, both under his real name and under different pseudonyms;. Some labels: UMM (Media Records), BXR (MediaRecords), Desolat, Nervous Natura Viva, Orion Muzik, Analytictrail, Mindshake, Neuton Music, Waldliebe Familen, Eukahouse, Scandium, Bluefin and more.

Joy Kitikonti is a complete artist and he has a deep musical background, he’s really appreciated by his colleagues for his creative fantasy and his original sound.

Says Kitikonti, “Music is the beginning of life, playing for me is a necessity: Sounds are like words and you can combine them in thousands of different ways but sometimes you can’t control them… When an artist plays he always shows something about his soul, his mind and his heart.” Ask him what is music will get this answer…and he continues “Life is a mix: a combination of sounds, styles, places, pictures. Contamination is the key to re-invent and to live own life, to escape from banality and from something of already seen or heard.”

Family Piknik Music Festival really was one for the books and truly an all-around, amazing experience. Tom Pooks love and passion for music really shone through the weekend and this is the exact reason that keeps music lovers far and wide coming back for more.

France’s Most Seductive City Rich in History and Culture 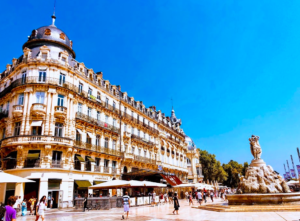 Montpellier, the capital of Languedoc, a few miles from the Mediterranean coast. Montpellier is a sun-kissed provincial town in France with a population of around 275,000 people.

Montpellier is a dynamic city, a mix of elegant buildings, beautiful squares and grand hotels. Often overlooked for the bigger southern French metropolises of Toulouse and Nice, Montpellier is beginning to emerge from the shadow of its southern neighbors, ready to reveal its own particular charms.

Founded in the 10th century by the Counts of Toulouse, the city became a prosperous trading port as well as a scholarly center with Europe’s first medical school reportedly established here in the 12th century. Famous students include Nostradamus, who was expelled for being an apothecary – Montpellier’s dope-pusher of the day – and Rabelais, who is mostly remembered for his trifling satire and grotesque, bawdy jokes.

As an established hub for academics, there are three Montpellier universities, and nearly a third of the city’s population is made up of students. Montpellier swelled with its open-door policy and 300 days a year of sunshine. You can see the allure. The airport is strategically well-placed, 8km away from the city, with regular flights from London and the major European cities. There’s a burgeoning music, sports, and arts scene with the ‘Comédie du rire’ and Festival of Extreme Sports, and Bruno Mars just rolled into town as part of his world tour, playing at the Park & Suites Arena.

As a city famed for its resplendent buildings, it’s no surprise that Montpellier has some of the most spectacular chateaus and hôtels particuliers in all of France. Topping the list of historic, heritage-listed hotels is Domaine de Verchant, a 16th century stone chateau set amongst 17 hectares of its own vineyards and floral, fragrant gardens. Given its name by the Bishop of Montpellier, who gifted the estate to Pierre Verchant in 1582, the name has stuck.

Open all year this five-star retreat offers exquisite wines from the Languedoc-Roussillon region and ‘inventive’ Mediterranean cuisines by chef Damien Cousseau, such as creamy foie gras from the Périgord with candied orange and lobster médaillon poached in a cherry-blossom broth. The Verchant Le Spa facilities at Domaine de Verchant is perhaps their foremost calling card, with a ‘cocoon of bliss’ covering 2,000 sq m in the heart of the vineyards.

With its mix of history, art, antiquities, and sunshine, Montpellier is easily the most seductive city in the south of France with everything from regional fine-dining and small, modern wine bars to ancient boulevards and glowing tree-lined esplanades. Throw in a few futuristic municipal buildings and its thriving hotbed status for student activity and Montpellier might just be France’s most forward-looking city. 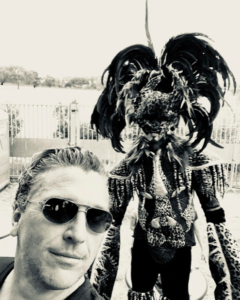 [youtube https://www.youtube.com/watch?v=Ov5IhMoJjTY] After a brilliant debut year, the Canadian edition of Snowbombing is returning to Sun Peaks, British Columbia for round two! From April…