Imagine Dragons, the multi-platinum Grammy Award-winning band, announced the release date of their 4th studio album. Origins will be released on November 9th via KIDinaKORNER/Interscope Records.

Origins was created as a sister album to Evolve. Releasing 16 months after the certified double-platinum album. Evolve was nominated for a Grammy for Best Pop Vocal Album and spawned 3 No.1 radio hits. 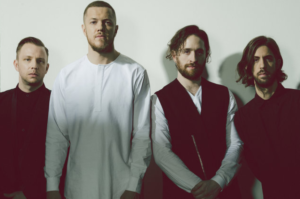 “It’s about seeking new ground but also appreciating your roots,” says lead vocalist Dan Reynolds. His band-mates include guitarist Wayne Sermon, bassist Ben McKee, and drummer Daniel Platzman. “When we create, we create with no boundaries, no rules. We find it thrilling to make music that feels different and new to us.”

Even so, the band never distracts from an essential element of Imagine Dragons. Lyrics that speak to a sometimes-painful self-awareness, but ultimately uplift and inspire.

All in all, for more information about Imagine Dragons, follow their socials: