Firmly established in the electronic music scene for their innovative sounds and creative process, Orbital has produced a discography that has expanded over 30 years. Phil and Paul returned to Movement on Memorial Day weekend (May 25th-27th) to close out the Movement Stage on the first day with a live set. We were able to sit down the creative duo and discuss their creative process and how it feels to be back at Movement 18 years later. 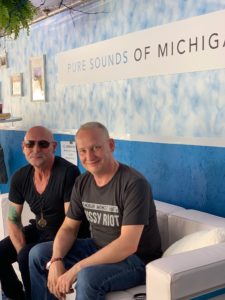 Anissa: I watched the “Against the Clock Challenge” where you had to create a track in 10 minutes. In that video you said you had sampled a lot of those noises and made this one that you had gotten from a tunnel. What has been one of the most creative sounds you feel you have created and where was it sampled from?

Paul: I think i did [in] that session I did in the tunnels actually in this place called New Haven Fort. What I did was I collected sounds for a year or so and I hadn’t done anything with them but in the last session I went down to a place called New Haven Fort which is a big old kind of Victorian gun battery thing looking over a harbor and they’ve got all these tunnels underneath where they used to have to hide the gun powder away from flames and all this kind of thing. The reverb and echo in there is immense. Absolutely brilliant and so I just went down there with a loads of instruments, iPads, speakers, ya know and just recorded stuff all day long. It was brilliant.

I spent two weeks kind of editing all those sounds and then another sound I got was a fire escape stairwell in a Japanese hotel about 36 stories. Just started putting the recorder somewhere and smacking the thing and it’s just like a big giant spring. It ‘s brilliant. Loads of sounds from that as well but I got loads of those sounds.

When I first went to New Haven Fort there was someone practicing a bugle. I just started recording and walking towards him and you just got this wash of brass which gets used in the P.H.U.K.U. track tonight. But those sounds are always getting used. The hand claps are immense.

Phil: The energy it captures. It really does stick out.

Connor: Whenever you’re going on these kinds of experiences and taking stuff with you, do you feel like the equipment that you’re taking with you has to be some top of the line stuff?

Paul: Oh no. I take loads of crap. I take drumsticks, old sort of cheap marcarenas, anything just whatever is lying around. The important thing is to have different things to hit things with. Like a little piece of metal, a piece of wood, something soft. Do you know what I mean? Like for example, in New Haven Fort they’ve got a bit where they’ve got all these hooks coming out the wall, metal hooks, that were for buckets of sand that were for chucking on fire but it’s like some sort of out of tune horrific kind of marumba ya know  if you play it. Its great! But if you do it with metal as opposed to wood it sounds different. It’s much to do with the exciter as the thing you excite.

Anissa: So with 2019 here what do we have to looking forward from you guys with all these tour dates?

Paul: We’ve got a whole set of summer of festivals and we got a residency in Ibiza! DJing in Ibiza nine times!

Phil: We’re looking forward to that. We’re going to try to do some sort of different alternative style on the dance floor. So let’s give it a go and see what happens.

Anissa: What are you excited for this weekend besides playing of course?

Paul: Do you know what?! Detroit is one of those places even though its not a place I know much about. I haven’t hung out here that much but it feels like some sort of spiritual home because it’s the home of techno. Ya know?! So to come and play here it feels like coming home.

Visit www.orbitalofficial.com for more information and to find out where you can see duo. 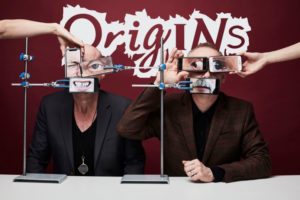 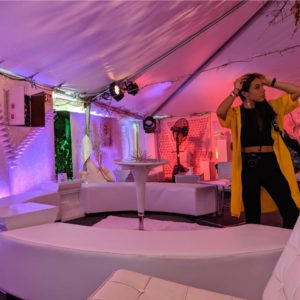 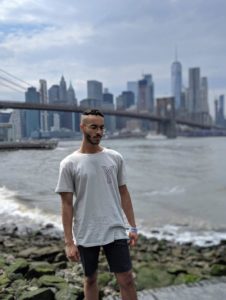 [youtube https://www.youtube.com/watch?v=KgyDQi028o4] Iceland’s largest music festival Secret Solstice will be returning for their 4th edition June 16-18, 2017. Ever since its first year in…