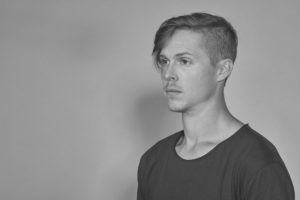 Following the release of Soft Landing, which found its home on the world-renowned Anjunadeep label this past April, David Hohme is gearing up for his biggest tour yet. This summer, Hohme will play across North America and Europe’s most iconic venues and festivals, including Brooklyn’s House of Yes, Miami’s Do Not Sit, multiple Anjunadeep Open Air Showcases, and the spectacular Burning Man in Black Rock City, Nevada, before ending his adventures across the pond in Manchester this fall.

David! It’s great to have you. We’re loving your latest EP ‘Soft Landing’ which recently came out on Anjunadeep. Tell us, what was your creative process when producing this EP? What’s the back story and muse?

I started working on “Soft Landing” over 2 and a 1/2 years ago and it took me a year to complete. It started with a simple piano improv I just happened to record in a moment of inspiration. At that point in my life, I had been hustling non stop for 6 years in the NYC DJ scene and was doing my best to find any time I could, to learn more about/practice music production. I was finally starting to feel like the work was paying off.  Thus, why the track was originally titled “Finally.” As the song developed, it felt more and more like a song to end a set with, and is the reasoning why I switched the name to “Soft Landing” in the end.

As a Brooklyn-based artist who’s been DJing for more than a decade, do find your city offers you an eclectic range of inspiration? Or do you feel you absorb more of your inspiration while travelling on tour?

For me, definitely traveling these days.  After 5 years I’d say, living in NY becomes like normal life. Not to say that it’s not fantastic and that I don’t still love it. Just the same with anything you become accustomed to over time.  It’s just not as inspirationally driving as it was when it was new. Seeing new places, experiencing different cultures, playing my music for new people – now that’s what inspires me these days!

Can you tell us more about your project ‘Where The Heart Is’?

I started my record label, Where The Heart Is, a couple years back with a dual intention.  I had become increasingly disillusioned by the ability to get reputable labels to listen to my demos and knew if I had my own label I wouldn’t really have to worry about that anymore. Secondly, I’ve been playing other people’s music for many years, vastly to my own benefit. I wanted a place that I could finally give back to the industry and hopefully bring up some young and hungry producers in the process. Since then, I’ve been absolutely overwhelmed by the amount of incredible music that’s being submitted. I’ve got a slew of releases in the pipeline, and honestly, now it’s just about when I can find the time to get through the seemingly endless amount of busy work required to run a record label.  Next up, is our label showcase events, which will launch in Paris on July 21st this summer 🙂

What’s one piece of advice you could give any up-coming producers/DJs?

You have to do the work. Music production, the science of sound, the engineering behind what everyone hears is a completely different skill set/world from DJing or even just being a musician in general. Yes, anyone can make a song, but can they make it sound radio quality? I’ve spent years of frustration, not being able to get my music to sound the way I want it to. To a large extent, I still feel I have a long way to go. So my advice is pretty straight forward: Put in the hours, do the troubleshooting, watch the YouTube tutorials, and if you know someone who’s better than you, ask if you can sit in on a session with them. 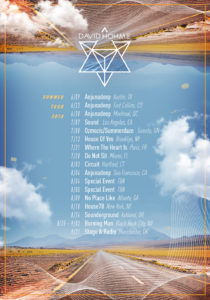 AIM Electronic Music Festival, returns this weekend, Quebec’s most immersive music and art experience,  on July 14, 15, and 16. Stationed at the historic…