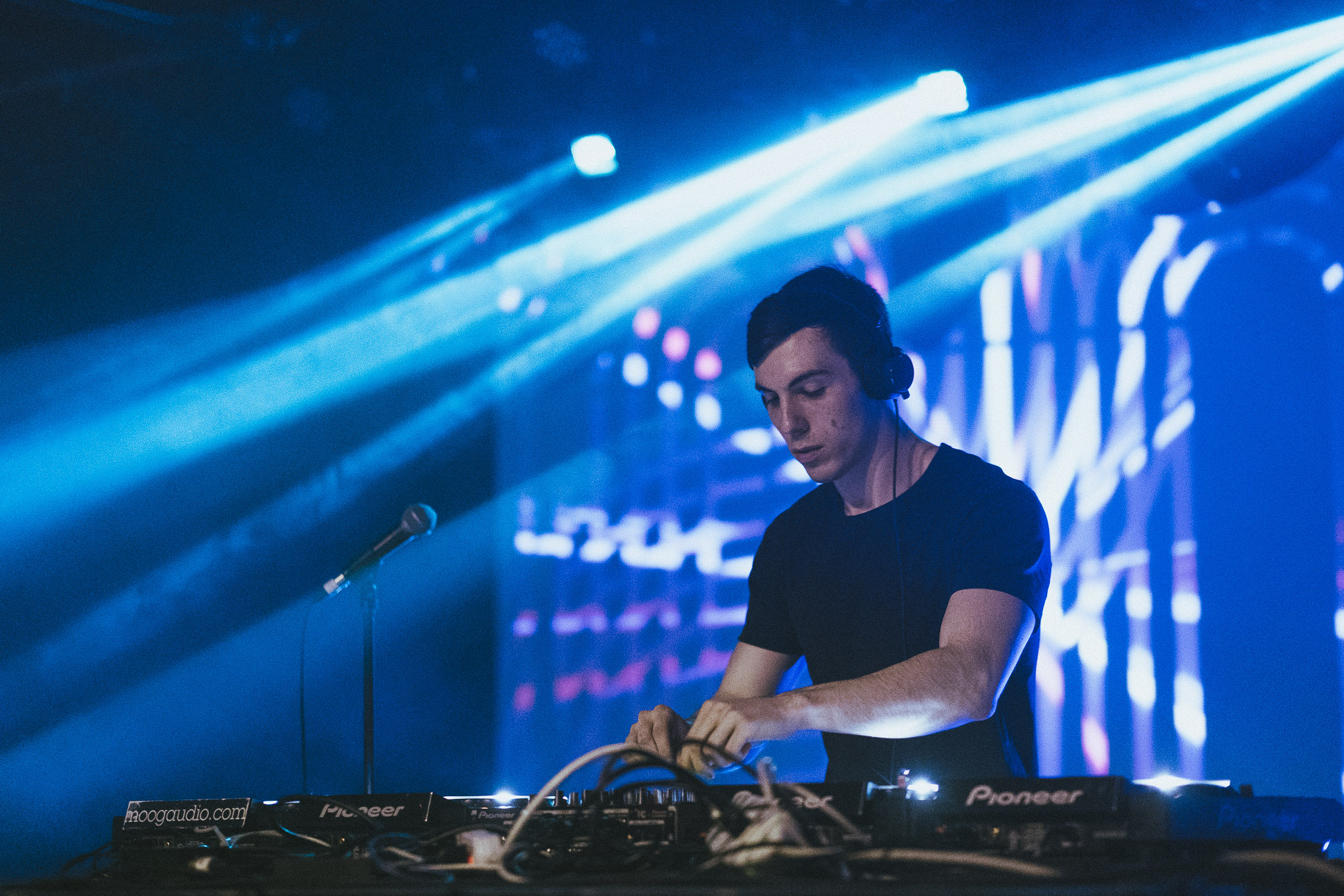 Ottawa native, Niles Baxter has come a long way as a DJ, producer and entertainer. Playing shows all over Canada, the Progressive/Trance DJ has definitely made his mark in the electronic music scene. Niles will take the Trance Arena stage at AIM Festival this weekend alongside headliner Markus Schulz in addition to John Digweed on the AIM Mainstage, Danny Tenaglia on the Monoliths Stage and Getter on the Bass Pit Stage. With the 5th edition of AIM Festival fast approaching this weekend in Montreal, we had the chance to speak with Niles Baxter about the Trance Genre, advice for up-and-comers and his upcoming performance at AIM, here is what he had to say…

Tell us about your radio series ‘Nightventures’ on Afterhours.FM, what prompted you to start this series and how has it helped you grow as an artist?

For a long time, listening radio shows from other DJs was my favorite way of discovering new music so the idea of starting my own podcast was always in the back of my mind. However, it’s only last year that I really decided to make this project come to life. When preparing the show, I decided to take my time and do it right instead of rushing it and making a sub-par product. I really wanted to prepare a coherent and unique journey for each episode instead of a simple showcase of tunes like most dance music radio shows. After a few months of development,‘Nightventures’ came to be and I’m honestly proud of all of the episodes that have been aired since its debut last January!

Although putting together this show can take a lot of effort, having monthly deadlines and the need to have a constant output of my work really helped me become a more disciplined artist as well as making me practice the art of DJing as a whole on a more frequent basis. It also gave me the opportunity to showcase guest mixes from some like-minded artists, like I did last episode with Coldharbour Recording’s own ‘Kalbee & Raimer’ which was really fun and a good way to support acts that share a similar approach to music.

How would you explain Trance music to someone who hasn’t heard it before?

This is actually a tricky question to answer because of how broad Trance is and how much it has changed over the years. The current definition of Trance seems to be high-energy dance music with large-scale themes and drops as well as a strong focus on emotions. However to me, Trance is about mesmerizing melodies and grooves that can take you on a journey, sounds that make you close your eyes and get lose yourself into the music. Oddly enough, I often find those attributes in today’s Progressive and Techno and that why I also support those genres so much.  A lot of what’s being released in there would have been labelled as Trance years ago and a lot of those older Trance classics wouldn’t fit in today’s definition of the genre and etc.

All in all, I guess we can say Trance is a melting pot of a lot of sounds and approach to music that changed a lot over time. From festive and playful to emotional and feely to dark and driving, the genre really has something for everyone.

You are a very young artist in the industry, what advice would you give to other young aspiring artists that are looking to get into the electronic music scene?

It can sound obvious, but the best advise I can give is to find your unique approach to music and to stick with it. Trying to copy someone’s work will never get you anywhere, because those artists will always be one step ahead of you. It’s ok to try to emulate a DJ/Producer you like at first and try to figure out the direction you want to take musically, but you have to find a way to differentiate yourself from that person at some point in time. I’d be lying if i’d say that I have it all figured out because that process takes a long time, especially on the music production side of things, but I’m confident that mentality will pay off in the long run.

“I think it’s very important to support local dance music festivals around the country, as they are the gateway into the world of Dance Music for a lot of people.” – Niles Baxter

Being from Ottawa, Ontario, how important is it for you to support music festivals around Canada? What are your favourite local festivals to play at?

I think it’s very important to support local dance music festivals around the country as they are the gateway into the world of Dance Music for a lot of people. Someone that is into Top 40 might decide to go to a mainstream festival to see an act like Martin Garrix or Calvin Harris but also end up watching someone like Armin Van Buuren perform and it might pique their interest. Then over the course of a few years, that person might discover artists like Markus Schulz, that then makes them discover someone like Adam Beyer who then makes them discover Pig & Dan and so on and so forth. For those that think that this is all make believe, I can assure you it’s not as a similar situation happened to me at Escapade Music Festival in my hometown of Ottawa back in 2012. That first festival experience really paved the way for my love of Dance Music.

Fast forward 7 years and here we are now, having just played that same festival for the 2nd year in a row. As you can imagine, it was quite special to play at the event that started it all. Last year was also my debut in Toronto for the first edition of U4RIA which is an All-Trance event and it was a total blast! I am also VERY excited to perform at AIM this year. I have attended the festival for its last 3 editions and it was always an amazing time, so being part of this year’s lineup feels like a real accomplishment.

You are playing on the Trance Arena stage at AIM festival soon, what can festival-goers expect from your set?

As I’m playing fairly early in the day, they can expect a blend of Trancy Progressive and Techno, but adapted to a festival setting. It’s gonna a bit lighter and ‘fun’ than what I usually go for in clubs or after-hours, but will still be very dance-floor oriented. I’m very excited to get out of my comfort zone for this one!

Catch Niles, on Saturday, July 13th playing on the Trance Arena Stage at AIM Festival this weekend! Tickets for the event are available for purchase here and make sure to RSVP to the event for the latest updates here. 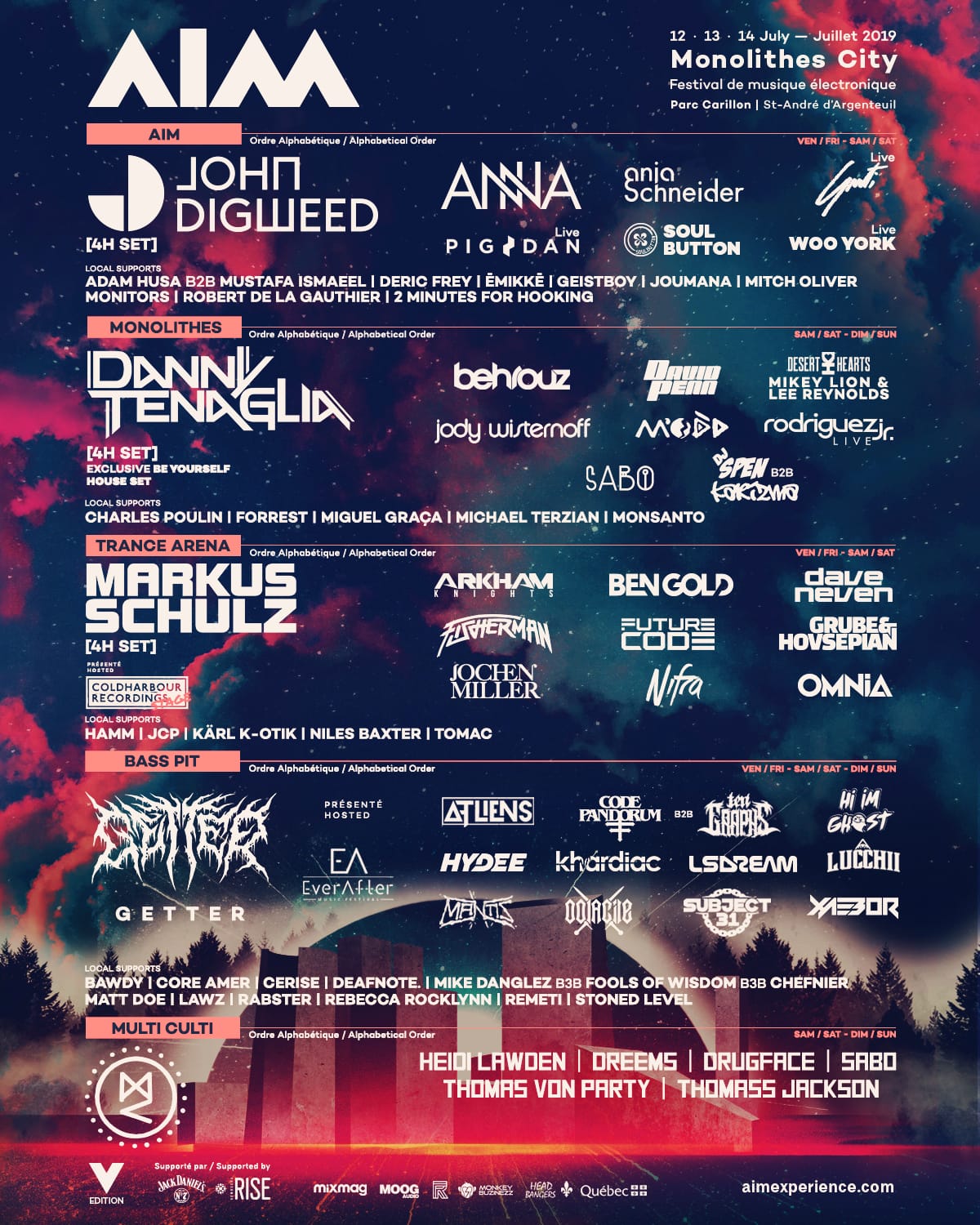