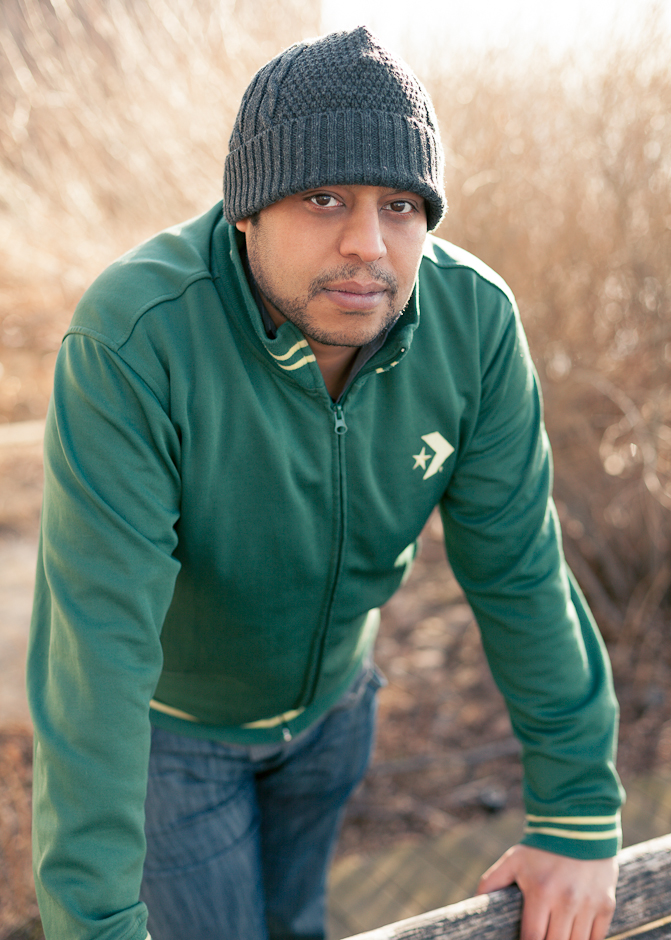 This December, Toronto-based artist Pancho Bhogal, known as p_tap will release the first single off his forthcoming album, Blackmoss. With the album slated to drop in February 2019, “That’s What’s Up” gives listeners a taste of the experimental, indie nuances, which colour Blackmoss. An 8-month project in the making, Blackmoss was written and produced by p_tap and co-produced by Jay Lemak.  P_tap has dedicated the album to his mother, and reflects on its essence noting,“Blackmoss is all around us. It does its own thing. This album is about letting go of the past.” FestPop had the opportunity to chat with p_tap, who offered a personal look glimpse into the making of this album.

Congrats on the release of your new single “That’s What’s Up”. We understand this is the first release off your upcoming album Blackmoss. Tell us about Blackmoss — what does the title “Blackmoss” mean to you?

Thank you, much appreciated! “Blackmoss”…the main meaning to me is Blackmoss is all around us and goes unnoticed, it truly does it’s own thing and lasts the test of time. With strength and will, even when you feel there is nothing left in the tank!

And what can we expect from the album?

It really is an album that has no traditional timing or patterns, but a dreamer kind of album which is why I fell in love with music. I use to disappear in my own thoughts while listening to artists I gravitated towards.

We heard that “That’s What’s Up” came out of a hard time in your personal life. Do you care to explain this a bit further? What challenges were you facing & how did it inspire this record?

Like a lot of people, I fell into dark places pursuing my goals and wishes. When I went from actually writing to executing a full project, it stirred up a lot of my past, which I now realize I had locked away in my memories. While facing past issues I had, it consumed me day and night. I was distant and destructive to myself. Now, after my album launch party I feel as though a huge weight has been lifted off of me.

“That’s What’s Up” is a very experimental track. Can you guide us through the creative process of this record?

Yeah, for sure it is! I was fucking around with sounds on my guitar and mics, just jamming with my homie TK in the room and had no clue the mic was recording us, while we argued and got in on each other. I was getting into a real groove, smashing the room because shit was sounding so tight. I made a decision to make a change and release all of my material, but not without doing something brand new and vulnerable. I used the incognito recording and started messing around with reverbs and delays, allowing everything to dance on their own and “That’s Whats Up” was born. Reflecting on my numerous moves and taking full responsibility. We owe that to ourselves because that’s what keeps us up at night.

How many tracks in total will make up the album Blackmoss?

7 for sure with hopefully 2 bonus tracks that are in the works. You’ll see!

Is this particular single indicative to what the rest of the album will sound like?

Nope. Soundtrack, cinematic, scores, dance floor. All of it!

We heard one of your former projects was a rock band called ‘JAP’. Tell us about this project and your days playing in Bristol together.

Hell ya! We rocked hard, switching instruments on the fly. Pure spirit and hunger in the music, but I won’t elaborate on that right now. I will say this, other than my grandmother passing away, my heart has never been as broken as it was when JAP broke up.

Coming back to your solo project, p_tap — where can Torontonians hear you play today?

Nothing has been planned yet, as the album comes out in February but hey I’ll take the bookings until then 😉

What do you hope listeners take away from listening to Blackmoss?

I want them to listen and hold it with them the same way I have held so many records and albums worth sharing with loved ones.

When can we expect the release of the full album?

The Day After Festival Announces Headliners

The Day After Festival, which will take place January 16-18, 2015, is making its return to Panama City for the third consecutive year after…