Father’s Day weekend will be one for the books in Kansas City, MO. For its fifth year, Boulevardia Festival returns with live music, wine tastings, beer dinners, unique shopping, and more. The annual urban street fair will make its return this June 15-16 to the Stockyards.

The family-friendly fest will bring back all of its defining features including curated food + drink as well as the Maker’s Market. For the second year running, the two-day festival will be held at the Stockyards in downtown Kansas City. In a recent statement, Boulevardia president Marcelo Vergara discussed the decision to bring the festival back to this historic site.

“The Stockyards District not only allowed us to partner with several local businesses, but it enabled us to expand the festival in several new ways. As we move into our fifth year we are building upon the previous year’s successful events and can promise this will be our biggest and best Boulevardia yet! Once again, we’ll pack all the beer, food, music, and fun into the two days leading up to Father’s Day,” he said.

New this year, patrons can purchase wristbands that allow for food and drink purchases to be made with just a tap! The innovative cashless wristbands makes cashing out seamless for vendors and patrons, which means more time to enjoy the music! 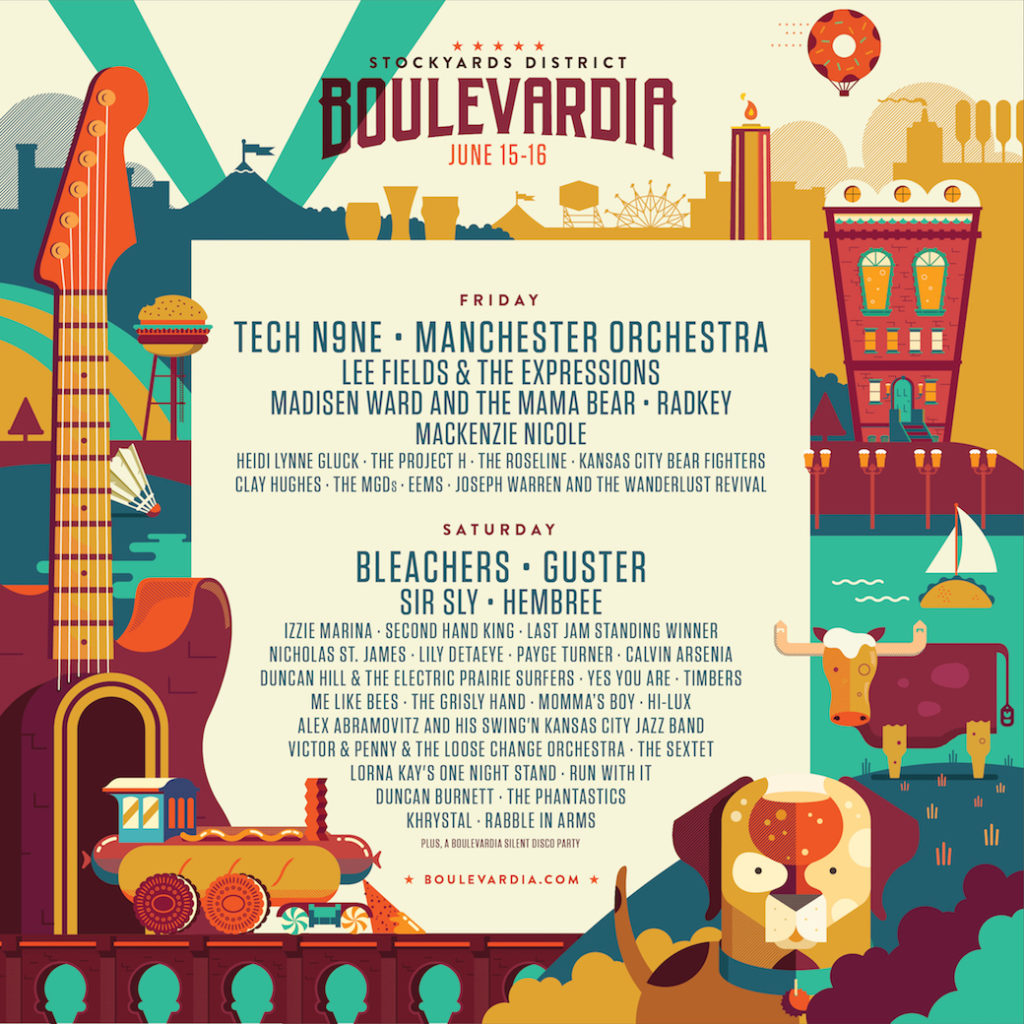 This year’s Taps & Taste event lineup is an impressive list of over 80 breweries across the U.S. Breweries that will be at Boulevardia 2018 include Bell’s, Blue Owl, Dogfish Head, Lagunitas, New Belgium, Sierra Nevada, and many more.

Once again, Boulevardia will play host to two exclusive beer dinners during the festival! Friday and Saturday night at Voltaire there will be an intimate three-course meal with pairings featuring brews from Firestone Walker Brewing Company, Dogfish Head, and Boulevard Brewing Company. Tickets to one of the beer dinners start at $85 and are on sale now.

The Maker’s Market will be open both days of the festival and feature unique shops and artisan products. Several merchants from previous years will be returning, but the majority of vendors are new to Boulevardia Festival. Full vendor lineup can be found here!

Single Day GA are on sale now for $30+fees.  VIP is available for those 21+ and start at $75+fees. GA allows just access to the festival grounds and music.

If you are looking to do the Taps & Taste event, tickets start at $85 per day. This ticket includes admission to festival and unlimited beer and food sampling!

Calling all Coasties! Dubbed as Summer’s Last Stand, North Coast Music Festival is here to round out your summer of festing. Being one of…