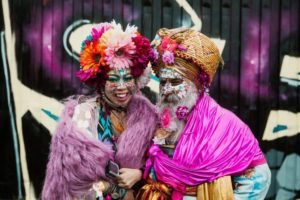 Secret Solstice, the world’s most unique music festival held over the Midnight Sun weekend, has revealed the phase one lineup for its sixth edition in the land of fire and ice this June 21-23, 2019 in Reykjavik, Iceland. Performing across the 72-hours of non-stop daylight during the summer solstice weekend for the first time ever, Secret Solstice presents Robert Plant & the Sensational Shape Shifters, Martin Garrix, and Rita Ora as festival headliners across its three days in the capital city. Featuring 40 acts across dance music, electronica, hip hop, pop, and rock including Boy Pablo, Foreign Beggars, Kerri Chandler, Morcheeba, MK, Pussy Riot, and many more, attendees will have the opportunity to experience a one-of-a-kind festival while admiring the natural beauty of Iceland.

Secret Solstice is Iceland’s music and culture festival held under the Midnight Sun, born from a desire to create a unique and unmissable musical experience. It is not your standard festival and by combining and highlighting music with distinctly Icelandic characteristics, Secret Solstice pushes boundaries to provide that extra special offering to their diverse and adventurous audience. From the world’s only rave in a glacier cave to intimate performances in a 5000 year old lava tunnel, Secret Solstice shares the natural beauty and culture of Iceland to create a music experience unlike any other.

For five years, Secret Solstice has brought together diverse lineups featuring powerhouse and emerging acts, exclusive glacier and lava tunnel parties, and a luxury music festival experience. Bringing forward-thinking and world renowned artists to Iceland, Secret Solstice has become a platform for discovering the next generation of talent for international success. Catering to adventure and destination festival-goers with a passion for the outdoors and exploration of Iceland’s otherworldly landscapes, Secret Solstice is a must-attend event this summer.

Kicking off the festivities, Dutch dance music crossover superstar Martin Garrix will headline Secret Solstice’s Valhalla main stage on Friday, June 21.  Also performing on opening day will be British singer-songwriter Rita Ora, who released her sophomore album ‘Phoenix’ to much acclaim at the end of 2018. Although Saturday contains a to-be-announced headliner, Sunday, June 23, will bring one of the biggest and most iconic voices in rock to Iceland as the grand finale. Robert Plant, the former lead singer and writer of legendary band Led Zeppelin, will perform with long-time collaborators The Sensational Space Shifters. 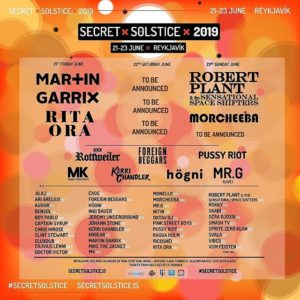 Grab your passes and much more on their website. Don’t forget to to stay tuned for the phase two announcement coming soon!

Wakarusa Music Festival is thrilled to announce round two of the artist lineup for the 2015 festival. This year’s second round of artists includes Ben Harper &…