As the festival-goers rest after the insane 3-day EDC Las Vegas Music Festival, the FestPop Staff Writers are able to reflect on their time spent in Las Vegas, Nevada. The time spent in Vegas included endless pool parties, night clubs, and 3 days of non-stop dancing at the Las Vegas Motor Speedway. Hakkasan Group held a week full of EDC parties that we at FestPop got to be apart of. WET REPUBLIC Ultra-Pool & OMNIA Nightclub added to the electrifying vibe that was felt through Las Vegas during May 17th to the 21st. 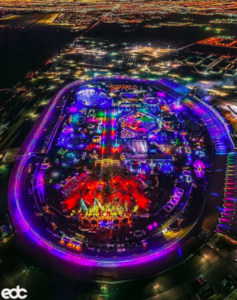 Partygoers reveled in the sun all week long at WET REPUBLIC Ultra-Pool at MGM Grand, beginning Thursday, May 17 with an unparalleled set by Above & Beyond, followed by Kaskade Friday, May 18. The pool was packed Saturday, May 18 for Tiësto’s performance, which included a surprise appearance by Martin Garrix. The crowd erupted in cheers as the two celebrated artists played a back-to-back set for pool-goers to enjoy. The following day, Martin Garrix returned to the premier dayclub to give a solo performance for “Endless Sundays,” as Armin Van Buuren closed out the EDC celebrations with an iconic set Monday, May 21. Check out WET REPUBLIC’s Instagram for pictures from EDC week. 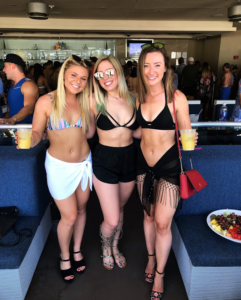 Hakkasan Group gave us the opportunity to attend Above & Beyond on the Thursday before EDC Las Vegas and Armin Van Buuren following the end of the 3 day festival. 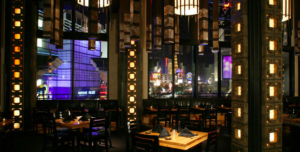 We had the delicious opportunity to attend dinner at Sushi Roku, the highly rated sushi, sashimi, and Japanese eats restaurant. The wildly popular Sushi Roku is now in the newly expanded Forum Shops at Caesars Palace on the Las Vegas Strip. With it’s critically acclaimed Modern Japanese fare and Zen-like atmosphere, Sushi Roku is a favorite among both locals and visitors. We highly recommend the crunchy spicy tuna roll and the filet mignon with ginger teriyaki sauce. Without a doubt, this restaurant offers some of the best sushi in Las Vegas. It even includes a breath taking view of the strip. 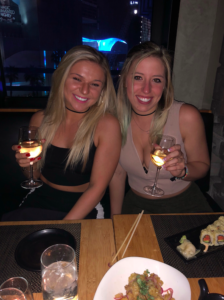 The biggest question on every festival-goers mind after EDC Las Vegas must be about the shuttles. Everyone has heard the horror stories of waiting hours on hours through the shuttle line and shuttle drive. Although, Insomniac mentioned that 2018 would have an increased amount of and improved shuttles for festival-goers.

Overall, Insomniac stood by their word and kept the Headliners happy. They gave out free water and there was a constant flow of shuttle buses coming through. The Mid-Strip shuttle was the only sold out shuttle. As long as you arrived before 6:00 PM-6:15 PM you were likely going to get on the shuttle quickly. If your driver knew the way to Las Vegas Motor Speedway you would be there in about an hour. As time came closer to sunrise the line for the shuttle got longer. If you like to party til the sunrise you can expect to finally make it back to bed by 8 if you’re lucky.

The EDC shuttle stops were spread out along the Las Vegas Strip, where dozens of hotels are. We highly recommend finding a place to stay on the strip or somewhere near the strip due to high traffic on the route to the festival. The closest hotels to the Mid-Strip shuttle stop are Bally’s, The LINQ, The Hard Rock Hotel, Harrahs, Caesar’s Palace, The Westin, The Holiday Inn Club and many more. In any hotel, you will find other festival goers and make friends while frolicking in the casino and getting food. Although you won’t spend much time in the hotel because of the festival time, it is nice to go back and take a well deserved nap after jumping around all night and early morning.

As most people know there is so many activities, clubs and restaurants on the strip. The High Roller is an awesome experience. It is right near The LINQ and Harrahs hotel. The prices range from $20-$45 depending on day or night ride and open bar. Each cart has a bar and it is 30 minutes with an open bar if you choose. Not only does it offer an open bar, but an amazing view of Las Vegas and breath taking mountain view.

Located next the huge ferris wheel is a strip of places to eat including the famous In-N-Out Burger as well as shops and a virtual reality experience. In Las Vegas, walking the strip itself is an activity. There are street performers, hundreds of stops and the one of our favorite places to eat, The Taco Bell Cantina. Taco Bell Cantina has only a few locations in the country. There is a gift shop, alcoholic beverages and of course the normal, but amazing Taco Bell menu. No matter where you go in Las Vegas, you are guaranteed a night to remember. What happens in Vegas, stays in Vegas! 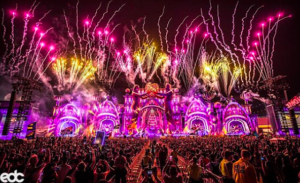 When entering the Las Vegas Motor Speedway, there is no better feeling than walking up the steps to see the entire festival grounds from above. Chills immediately ran through our bodies and we instantly knew it was going to be a thrilling weekend. As soon as we entered EDC we went straight the main stage to see Joyryde where he showcased his psychedelic trance sounds to start off the weekend. Festival goers got the chance to bop around and dance around with friends in the crowd. Virtual self, also known as Porter Robinson, blew away the crowd with his song, Ghost Voices, which came out in late February. Porter’s alter ego shared his passion for electronic dance music and attendees embraced his nostalgic sounds.

To change up the genre of EDM music, Diplo, founder of Mad Decent, brought all crowds together to hear his hit songs such as “Take Ü There“ and “Boy Oh Boy.” Diplo always finds away to make his sets sentimental for his fans. He plays his classic songs featuring other DJs like GTA and Skrillex. One of the last acts of the night was one of Jauz’s best friends, Slushii. No matter what festival he plays at, the American producer/DJ puts together a set that gets the crowd dancing. Whether festival-goers are bouncing or headbanging, everyone is constantly moving to Slushii. 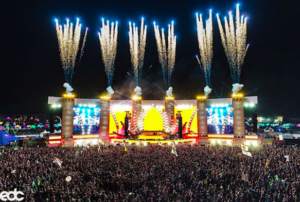 Heading into day 2, we were finally familiar with the stage layout, the water stations and the carnival rides throughout the festival grounds. One of our favorite DJs is Jauz and he performed a set that kept everyone head banging for every drop. Between the stage layout at kinecticFIELD and the bass of the speakers, Jauz’s set was a must see set. There is no better feeling than having a handrail to hold to and head bang. Saturday was full of world class DJs including Chris Lake, Cheat Codes, Illenium, Zedds Dead, Kygo and so many more. Chris Lake offered chill vibes especially with hit song, “Loose My Mind.” He is an up and coming DJ in the EDM world and we highly recommend checking him out on Soundcloud. There is nothing like finding a new DJ to listen to.

Another one of our favorites of the weekend was Illenium. The trap music producer and DJ brought out his band which featured drums and a keyboard. He used these instruments on his past tour and it made his tour and sets unique and stand out from what other DJs normally perform.

Cheat Codes closed out the circuitGROUNDS stage, which was our favorite stage of them all. The crowd was immersed into an area surrounding by lights and screens all around. No matter where you were standing, you could take in the full effect of the stage structure and the music. Cheat Codes surprised the crowd by dropping intense drops to keep the crowd going since their set was at 4AM. They just released their new song, “Balenciaga,” and of course they showcased it during their hour and half long set. It was a great way to end the second day and watch the sunset as the crowds headed to the shuttles to rest before the last day. 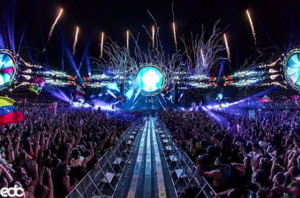 The entire weekend was jammed packed with everyone’s favorite DJs from across the world, especially Sundays lineup. From Mercer to Martin Garrix to The debut of The Binches, guests were in for an extraordinary last day of EDC Las Vegas. Tchami x Malaa have always been one our favorite sets throughout the past few festivals and concerts. When Tchami dropped his song, “Missing you,” the crowd went wild because it is one of the classics. The iconic duo has produced a few songs together that provide a combination of trance and bass such as “Deus” and “Prophecy.” One of the most famous DJs in the world, Martin Garrix, took over circuitGROUNDS and of course went over the top with fireworks during his early morning set. The Dutch native played everything from “Animals” to “Scared to be Lonely” where he brought out Dua Lipa who is featured on the track.

One of the most exciting sets of the weekend was the debut of The Binches. The Binches includes Dotcom, Kayzo, Ookay and Yultron. The four DJs dropped some nasty beats at cosmicMEADOW that got the crowd head banging like no tomorrow. They combined all of their own sick music into one set. With this being one of the most anticipated sets of the weekend, it definitely lived up to the crowds expectations. The Binches closed out EDC weekend with a set that will go down in history.

EDC Las Vegas, if given the opportunity, is a festival every EDM lover should attend. No music festival can compare to the love that filled the Las Vegas Motor Speedway throughout the entire festival grounds. Insomniac puts together a life changing experience and gives guest memories that will last forever. 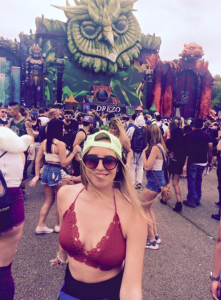 Why Music Must Be In School as a Permanent Lesson

Music isn’t just good to listen to at concerts – it can also be life-changing and academically enriching for students. Music is the only language that…