On the outskirts of Marrakech below the Atlas Mountains, Oasis Festival will be held this Sept. 14-16. Hosted by the Fellah Hotel, the Moroccan festival features tropical gardens, sun-soaked pools, and breathtaking vistas. New for 2018, Oasis will now feature three full stages offering festival-goers an immersive experience like no other.

Chief amongst the newest additions is Ben Klock, the techno producer and father of the influential Klockworks label. Also announced, the desert house shaman and leader of the Crosstown Rebels Empire, Damian Lazarus. Fans can also look forward to a special live set from long-time techno favorite Stephan Bodzin. Next to these big names are innovative young stars like DJ Boring who will go back to back with Austrian talent Demuja.

Oasis Festival is for those passionate about adventurous travel and underground music. Come join the magic and dance with us under the North African stars. Stay tuned for final lineup announcement coming soon!

Tickets are available at TheOasisFest.com starting at $198 USD. 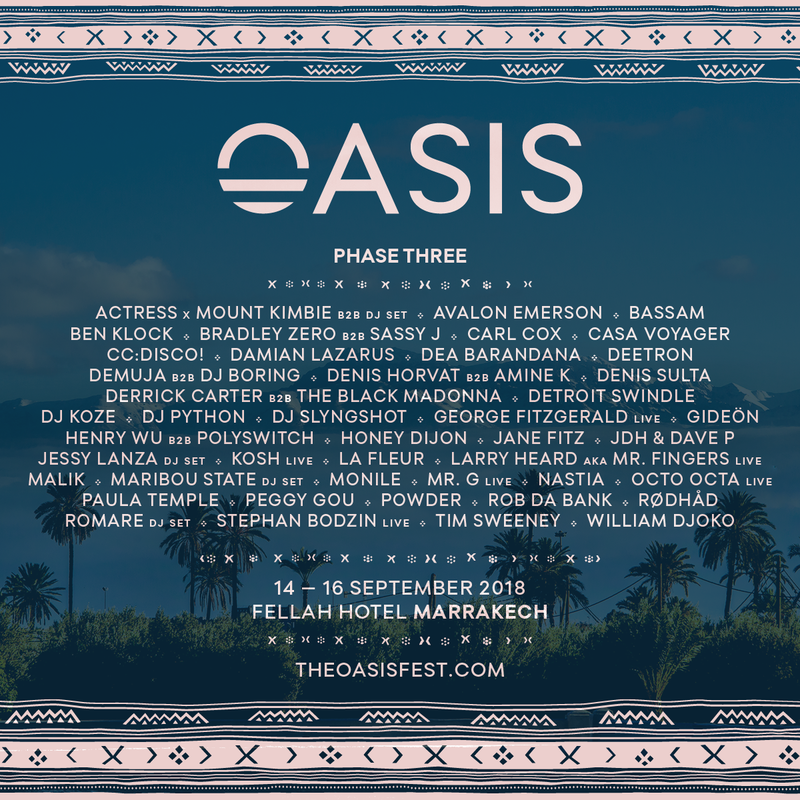 Hangout Music Festival has announced another round of additions for their 2015 lineup. New acts include Sam Smith (a now 4x Grammy Award winner…