Techno is deeply ingrained in the culture of Detroit, Michigan. The industrial powerhouse city has curated one of the longest running music events in history and sparked global interest in the music industry with it’s 20 year anniversary.

Movement Electronic Music Festival is to be held on memorial day weekend. The festival celebrates and pays homage to the city, sounds, and people that create the energy that defines Movement with artists like Chris Lake, Charlotte De Witte, Hot Since 82, Maya Jane Coles, and many more. 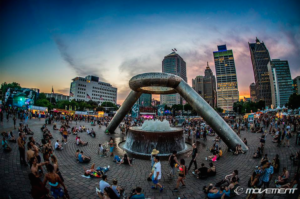 Located on the riverfront of Detroit, the landscape is where the steel city emerged from Fort Pontchartrain du Detroit, a small French colonization in 1701, making it a historic landmark. Hart Plaza has held numerous festivals and gatherings in the 14 acre plaza since its opening in 1975, continuing the tradition of community with a capacity of 40,000.

At the focus of the space is the Horace E. Dodge and Son Memorial Fountain, designed by Isamu Noguchi in 1978 in remembrance of the auto pioneer and his son. The stainless steel fountain has a dominance of 30 feet and neighbors Transcending, a 63 ft multi element arch art sculpture. The architectural structure was commissioned to recognize the labor workers and trades people of the labor movement.

There are 4 other beautifully crafted sculptures throughout the grounds contributed to the people and history of Detroit. Making it the only appropriate venue to hold one of the longest running festivals in the world…in the birthplace of techno. 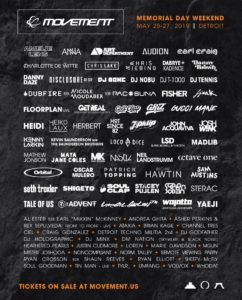 Movement has five stages each with different energy to give the festival goer variety and adventure on their Detroit techno experience.

The 3 day festival is to feature a variety of gourmet food vendors and offer relaxation in Tito’s River Garden. There is also to be a unique experience available to all attendees brought forward by music industry brand leaders. In the Movement Studio sponsored by Sweetwater Sound leaders share in-depth knowledge of music and the technology behind it. Brands to be showcased at this experience: Akai, Roland, Allen & Heath, STG Soundlabs, Denon DJ, Pioneer, Detroit Modular, Native Instruments, Korg, Elektron, Korg, and Novation. 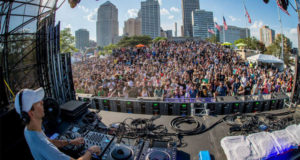 Tickets and more information on Movement Electronic Music Festival can be found here.

Follow Movement on their socials to stay up to date: 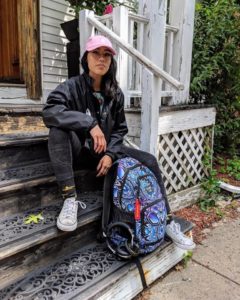 Steve Aoki’s “Without U” Just Released

Steve Aoki, DVBBS ft. 2 Chainz – “Without U” Record producer, DJ and music executive Steve Aoki launches his new track “Without U” off…