Couple weeks out and I’m still finding my mind wander back to the palm-fringed stages, sea salt breeze and the array of electronic dance music flooding San Diego’s Downtown scenic Waterfront Park. CRSSD has been a reoccurring event on my own personal roster for the past three years and I wasn’t going to miss this Fall 2018 rendition for the world.  With a brother who went to school at SDSU (right down the street in San Diego), who has been going to CRSSD since it’s conception, it’s amazing to hear how CRSSD has evolved over the years (not to mention in just the last 3 years that I’ve been going!).  Still maintaining a pristine location that never fails to impress, attracting the chill-est crowd on the west coast, all while exploring its identity as a techno, house, and live electronic music festival.  This fall, it was obvious that CRSSD Festival was another huge hit for the majority of the attendees, with good music, good friends and good weather … but let’s dive in deeper and take a closer look at how CRSSD has evolved over the years and closed the festival season off with a bang!… or has it made us yearning for its younger years? I’ll let you decide. 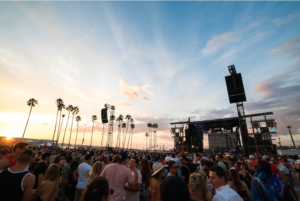 Over the years, house and techno have defined the CRSSD stages and really molded the identity of the crowd.  Techno x House is still top of mind when CRSSD fest is mentioned, but this year seemed to be the first year there was a more blended, more diverse audience bobbin’ around the three stages.  What was once a space for house-loving bohos and techno hipsters to dance to groovy electronic, synth and house sounds all weekend, has truly turned into this southern California melting pot of trendy festies, paired with dark techno fans, “Lightning in a Bottle” touches, with a splash of San Diego beach vibe! CRSSD organizers continue to hold it down by continuously booking killer talent that continues to attract a diverse yet manageable group of music lovers. This naturally creates a musically mature crowd that embodies every essence of peace and respect that no PLUR-centric rave could ever mimic. In my opinion, I’m lovin’ the new CRSSD identity, but of course, it does pull on the heart strings when thinking about how niche and united the techno vibes were back in the day. But hey, whaddyagunnado!

While the crowd has endlessly diversified, CRSSD has stuck to its house and techno music roots. It was a common realization when hopping from stage to stage that we were hopping from one techno stage to another and to another. But that’s why you come to CRSSD right?! Because you love techno!? But even though I quite enjoyed the boomin’ techno beats surrounding me in every direction (especially on Day 1), I think it’s important to stay true to each stage’s intended identity which in turn will create some variety for all of those diverse fest fans in the crowd.  I found myself looking at the three stages available at a certain set time and only techno artists were playing at every stage! Where’s the variety in that?  In the years past, CRSSD stayed true to each stage having a specific identity and not all of them sporting techno (especially not at the same time).  The past years at CRSSD, as they spread tropical house, neo-disco, chill-wave, neo-synth-pop and deep house among their corresponding stage. I miss those days! Other than that, the syncopated sounds were off the charts and were in full bloom at every stage (despite the sound bleed between Palms & City Steps – but we all knew that already from previous years).

Even in the Cali heat, Yotto, Wade and The Hacker were able to throw down deep mixes that could cool the souls of any fiery-eyed fan. While on the other hand, Layton Giordani and Matador changed the pace while letting the crowd get lost in their smooth, dark ensembles. An unfortunate disappointment with the overly formulated set of Louis the Child, but it led us to leave and discover the baddest techno Queen, Helena Hauff.  Then there was Melé’s suave Brazilian beats that gave me flashbacks to my Latin background with a combination of my love for euphoric dance music. John Digweed, Marian Hill and Flight Facilities for sure scored primetime set times as the sunset was tantalizingly paired with sexy vocals and plenty of instrumentals. And to wrap up my day 2, Claptone ended the evening with light-hearted house beats that left you leaving the venue floating away on a cloud of happiness.

Speaking of venue, San Diego’s Waterfront park is one -of-a-kind and is truly a sight for sore eyes. To one side, the shore lined with palm trees, and to the other, visuals of the beautiful cityscape. Especially when the sun was setting and the rays were beaming off the USS Midway parked along the port and you’re dancing, ankle deep in the city step fountains… nothing can compare.  Every year passes and the magic this venue sprinkles on its guest, never wears off.

As for the food and drinks… the magic has worn off and reality has set in. Every year prices continue to rise. Do you remember the days when food prices and drink prices we somewhat aligned? Not today, satan! Drinks were around 16 buckaroos and you could find most food items were less than that! Not to mention that the circle bar area ran out of water Saturday night so we were forced/tempted to break the bank with the ridiculous priced drinks.   However, there were lots of variety in craft beers, food to grub on and even a sake bar! Food options included burritos, carne asada fries, sushi, pizza, Korean BBQ and (overpriced) lobster rolls. While variety has definitely increased over the years, so has the dent in our wallets. So, pretend like a weekend like this is your vacation and … Treat Yo’self! 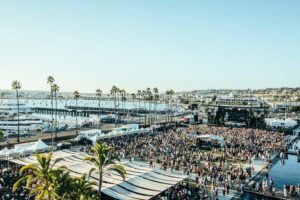 Whether you love the new CRSSD identity or are holding on to memories of the past, one must agree that Fingers CRSSD puts on one hell of a show. A classy and unique venue, paired with incredible event production has sparkled every year since its start… and this year was no acceptation. I hope the team will take note of the minor kinks during the weekend and smooth those out for festivals to come. All festivals can have hiccups regarding supplies, lighting, line up choice or rising food prices, but not all of them can control the type of people and energy that walk through those gates.  So all in all, CRSSD is killin’ the game by continuously attracting the dopest and most genuine festival goers in the world! Make your Spring 2019 calendars right now! 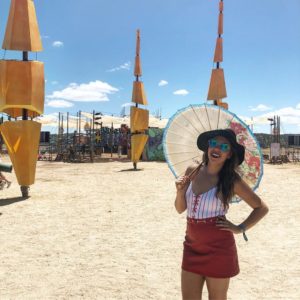