It’s been almost two years since Travis Scott announced that his third full-length album and the most anticipated sonic blockbuster of 2018 would be called Astroworld. The inspiration for the name of this album was a now-closed theme park located in Texas. With very little information to go off of since then, the world patiently awaited the album’s release, but the end is now in sight. Right now Travis Scott has locked himself in the studio to complete this masterpiece. Given the excitement, he stands primed to carry audiences to a new universe altogether when it drops.

Get it HERE via Epic Records.

The multiplatinum 21st-century individualist and trendsetter once again sent shockwaves through the entire game. Lil Uzi Vert kicks off the song with an ironclad flow over an eerie sample a carnival-esque production from Pi’erre Bourne. Travis then launches an impenetrable and inimitable verse of his own, punctuated by his signature ad-libs and menacing melodies. West jumps in with his own show-stopping cameo, serving up some of his most thought-provoking bars in years. Everything finally hits a peak on the hypnotic and hard-hitting chorus.

It’s like the entire Earth shifted on its axis when Travis Scott first landed. Not only did the Texas-born and Los Angeles-based producer, songwriter, designer, style icon, and Cactus Jack Records founder forever change hip-hop, but he indelibly and irrevocably impacted the culture.

He started a movement online—a precursor to the “Soundcloud Rap” phenomenon. Powered by the triple-platinum “Antidote” and gold “3500” [feat. Future & 2 Chainz], the 2015 Rodeo garnered a platinum plaque and stormed the Top 200 at #3, while notching his first #1 on the Top Hip-Hop/Rap Albums Chart. Everything has set the stage for Astroworld.

Outside of this new song release, Travis Scott will also be headlining a powerhouse bill at Rolling Loud in Miami May 11 – 13. Known across the world for his seismic shows, expect him to make history again at this year’s hottest festival. 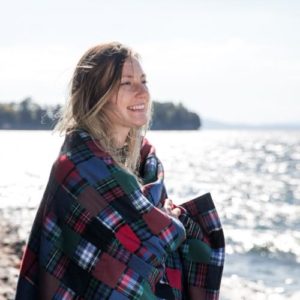