Let’s be real, would it be a Chicago music festival without unpredictable, crazy weather? No. And that seemed to be the theme of North Coast Music Festival this past weekend. Despite the headlining time slots forced to cancel due to storms on both Friday and Saturday night, that didn’t stop Chicago from going hard and ending the summer with a bang. With a lineup featuring Miguel, Axwell /\ Ingrosso, DJ Snake – all of which who unfortunately weren’t able to perform – Snails, DVSN, Vulfpeck, RL Grime, The Revivalists, Yellow Claw, Gramatik, Mura Masa, Jacob Banks and probably one of the more impressive names, Jamiroquai, who had made a triumphant return to Chicago after playing in the U.S. for the first time in 13 years at Coachella just prior to NCMF.

Regardless of the weather permitting setbacks, the third and final day of North Coast showcased what makes Coasties coming back year after year: the eclectic and interesting mix of genres portrayed at the fest from DJ/producer sets, soul bands and funky, groove-minded artists. A few of my favorites included Mura Masa’s dance and live instrument infused party which kicked off when the sun went down. Jacob Banks is always high on my list for his soulful and gritty songs that resonated throughout Union Park this weekend – had the whole crowd swaying. Gramatik always brings the funky house vibes and North Coast was no different. His rhythmic set was blasting through the trees at the Atendee.com stage. Heading into the closing sets of the night, Yellow Claw brought the bass as well as special guest DJ Snake to keep the ground shaking and lasers beaming. Finally the star of the weekend Jamiroquai, brought an electro-funk set that proved an ideal match for the fest and turned Union Park into a euphoric disco. Wearing a futuristic spiked hat that changed colors, front man Jay Kay gave Chicago a truly legendary comeback.

Aside from the music, the intimate fest was full of pop up shops, art installations and vendors making the weekend a well rounded experience for all. I for one am always a huge fan of all the art brought in and usually live painted, sculpted, etc and one of my favorites this year was an installation by the company, Synergeo. They are a design company that specializes in creating geometric art and building geodesic domes for events around the country. The piece, ‘Geo-Drip’ was designed in Adobe Illustrator, CNC routed and laser cut and built within 48 hours. Artist, Afrokilla then spray painted the piece live with his signature ‘wavy’ style. 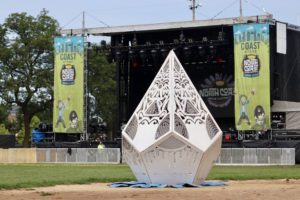 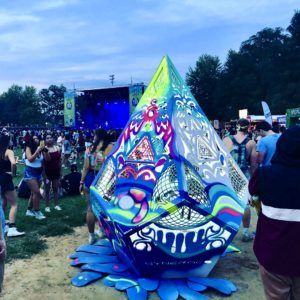 The fashion is also a big part of my reason for festing as well. I am always here for the fest ‘fits and love seeing the creativity seep through the fashion veins from the attendees to the artists. From streetstyle looks to run of the mill festival uniforms, the crowd was sartorially well versed. North Coast never has and once again, did not disappoint this year. Despite the minor setbacks, Coasties proved time and time again that a little weather won’t hold them down from partying and the lineup of diverse artists really brought heat. I can promise I will be back next year, and again, cheers to Summer’s Last Stand!

With 70,000 attendees from 72 countries uniting in Playa del Carmen, Mexico, in January, The BPM Festival 2016 continued to position itself as an…