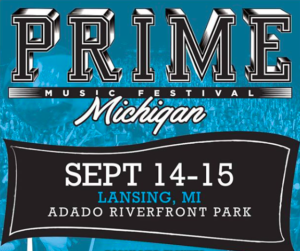 PSG and Jay Goldberg’s cutting-edge musical curation will present two days of unique sets and performances varying from electronic to hip hop. This year, the festival will be sponsored by Urbana’s own Canopy Club.

“Prime Music Festival’s inaugural year in Lansing exceeded all expectations for a first year festival in 2017. It was a no brainer to expand the festival to Urbana. Excited to share with the world who we are bringing this year! Stay tuned for that announcement,” managing partner Adam Lynn said.

In past years, the lineup explored a fusion of electronic music with a refreshing focus on rap and hip hop and Prime Illinois will be no different. Last year, Prime Music Festival made its way to Lansing, MI and proved itself as one of the industry’s most recognized hip hop destinations with performances by Migos, Machine Gun Kelly, rising star Blackbear and many more.

For more information on topics including vending, local support and general festival inquiries, click here. You can find the event now on Facebook, Instagram and Twitter, and by using the hashtag #PrimeFest and by following @PrimeFestival.

Los Angeles band FIDLAR today announced they will release their second full length album, Too, on September 4th via Mom + Pop Music. The…