From the moment I arrived at stagecoach you can tell it’s not like any other music festival the age groups range drastically I saw everything from small baby’s with their family’s all the way to the cutest older couples enjoying the Palomino stage which of course gives you some shade to hide from the ever beating sun.

Though the majority of the people there are 21-35 and going crazy for the main stage and spotlight stage. Not just the wide array of ages but you also have vast distances that people traveled to come and gather together here at our little spot in the desert I met groups from the UK, South Africa, and threw out the United States. Just part of what creates the stagecoach environment. I definitely can see why so many continue to return to this festival on a yearly basis.

The Music Festival for All Generations in Pictures

THE FOOD WAS AWESOME!

I can declare there’s no more carnival crap food at Stagecoach. The chef, the restaurateur, New York Times bestselling author and Emmy Award-winning TV Food Network host Guy Fieri, elevated the culinary treats at Stagecoach and created a 40,000 sq ft Stagecoach Smokehouse of barbecue heaven from across the country.

Additional options for you to choose from thru out the festival grounds available for both you carnivores and vegetarians alike. I hunted down both since my festival partner is the vegetarian of our group. Care to guess which one I am. That’s right I’m the carnivorous one. They had a Mexican food truck that had tofu tacos and vegetarian burritos and for the rest of us a vast range of meats to choose from for burritos and tacos. I love spicy pie (best pizza at stagecoach) had a good amount of choices if you could survive the line of people who had the same idea as you, and for everyone that goes to get their favorite little bit of naughtiness they had vendors with every kind of Mac n cheese (bacon, lobster, est), nachos( all different types of toppings), ice cream, also discovered there is a creation of pulled pork, bacon, cheese, all atop fresh made French fries. Yes, it’s safe to say their food was on point, but now let’s get to the one thing other than the music line up that helps us all to feel the music just a little bit more the alcohol. Which there were bars thru out the grounds both outdoors and indoors in case you needed to hide from the sun for a while. The beer barn was one of my personal favorites alongside Miami Jim’s.

Stagecoach didn’t just leave you with watching the artists performing they also gave you a venue to become one of the artists singing by having a karaoke bar on site, and In case that wasn’t enough Miami Jim’s had giant beer pong,& corn hole, and let’s not forget about the honky tonk (which featured DJ’s such as DJ Bad Ash, DJ Hish, and Dj coral. where you and your stagecoach crew could get your feet to stomping, and who could ever forget about the Farris wheel so there were quite a few different options to keep you entertained with your friends while waiting for some of your favorite artists to perform.

Oh and don’t think I forgot about the fun events for any of you that were bringing your miniatures with you to Stagecoach. They have you covered With a children’s museum, face painting, an arts and crafts center, giant games, live music, and square dancing. So the whole family could enjoy this country festival. Which yes, does mean stagecoach is an all-ages friendly festival, in fact, your little ones are free as long as they’re 10 and under. So let’s make it a family affair guys.

And now for what everyone truly comes out to our little spot in the desert for the outstanding musicians and this year’s music line up was phenomenal and I’m not just talking about the headliners which everyone knows was epic. I mean come on Lindsay Ell, Chris Lane, Chris Janson, Kelsea Ballerini, Jake Owen, and Florida Georgia Line and that’s just day one of the festival.

Walker Hayes, Midland, granger smith, Brothers Osborne, Kacey Musgraves, and Keith Urban day three: Aaron Watson, Kane Brown, Brett Young, Lee Brice, and let’s not forget the legendary Garth Brooks with his equally talented wife Trisha Yearwood. that main stage should be sold off just for all that talent having stepped foot on it. They all did some mix-ups of music as well who knew that so many country artists could knock out: rock, alternate, and R & B songs. One of my favorites was when blink 182’s song all the small things was played on Friday evening by Chris Lane. Brought back my high school days of singing and dancing to that song only with a nice twist of country to it. Though I must say I was equally blown away by the spotlight artists as well which were some of stagecoaches best yet. Such artist as Temecula road, Lewis Brice, Brown and gray, and Muscadine bloodline being just some of those amazing artists. And I’m not just saying that because I had the pleasure of meeting them. The passion they exude both on and off the stage speaks volumes. It makes you want to keep listening and learning more about them.

Which let’s fill you in some on them a little. We will start with DJ Bad Ash: AKA Ashlee Williss I’m sure you’ve heard her name at least once or twice, she is, of course, one of La’s biggest Dj’s and not just that but one of the few female Dj’s that has made quite a name for her self from being a singer-songwriter, who yes, really can belt it out singing, dance better than most professional dancers, writes some of her own songs , and DJ with the best of the best. She has performed at The Grammy’s, The Country Music Awards, American Music Awards & Sundance Film Festival, and now stagecoach 2018.

Muscadine Bloodline: AKA Charlie Muncaster and Gary Stanton these two polar opposites from Alabama have come together to become a force to be reckoned with. They currently have three singles released my favorite being porch swing angel (a fun fact they’re both some of the sweetest guys ever! No surprise there though they’re true southern gentleman)

Temecula Road: AKA Emma & Maddie salute and Dawson Anderson I was extremely excited to meet with this one since I am from Temecula California as well. Yes, this beautiful, talented group are from Temecula California.
And have already accomplished so much! Radio Disney named them the next big thing and now stagecoach. What’s next I’m pretty sure global domination in the country genre.

Brown & Gray: AKA Kaci brown and Sam Gray Even their names sound stage ready. These two had so much personality and worked so well with each other it’s impossible not to like them instantly ( they’re my new favorite duo) They are singer-songwriters. That’s right they are multi-talented. Their single top down is quickly becoming my summer jam for 2018.

Lewis Brice: the bad boy with a good side Brice brother. With one of my favorite songs currently (best ex ever). Not too many of us could say the same about any of our ex’s lucky him to have at least one. I’ve gotta say I think this family must have had something in the water growing up! not just one talented individual but two out of the same household the only other brothers I can think to compare them to is the Manning brothers both equally passionate and talented.

One more spotlight artist I’d love to talk to you about is Jade Bird I didn’t get to meet with her but she definitely caught my attention. She is a British singer-songwriter. Her song lottery took me to a new world. Her voice is a smooth sultry country version of a mix between Sade, and Nora Jones.

One thing I love about going to festivals is you get the opportunity to come in contact with new and talented artists that you might not have found on your own.

There were 3 stages at stagecoach to pick from and I think I lived most of my stagecoach life at the spotlight, and the main stage, though I did have to make a pit stop at the Palomino stage to see another living legend, Tanya Tucker. Stagecoach truly had something for everyone.

So overall stagecoach outdid themselves this year in every aspect of the festival.

Can’t wait to see what they do next year, how about you? 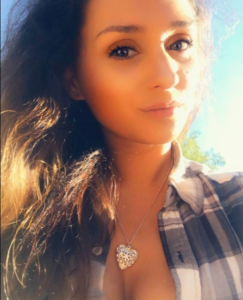