The Blu Party returns to Detroit on Monday, May 27th, for its fourth consecutive year. Coinciding with Eastern America’s most beloved techno event, Movement Electronic Music Festival, this party will be a night to remember. This year’s event features a formidable stack of underground artists! Its the perfect event for all music lovers to celebrate and unite on one dance floor. Taking place at Level 2 Rooftop in Detroit, this incredible venue has set up two fantastic lineups in Room 1 and 2.

Kicking it off in Room 1, is classically trained and Crosstown Rebels favourite Francesca Lombardo, Britta Unders – the love child of Katerblau Berlin’s renowned artists Britta Arnold and Unders, will also be bringing their spacious trippy tech sounds. Joining them is the founding father of Detroit’s electronic sound, Eddie Fowlkes. If this lineup was not impressive enough, the stage will also be welcoming the majestic sounds of artists, Yos, Dabura, and Francesco E Marcello.

Room 2 will boast a very special vibe. The host of the party, Sydney Blu, is also returning from her adventures in Berlin to bless the stage with her sultry house and techno performance. The No.19 boys Kenny Glasgow and Nitin will also be performing back-to-back for a night of infectious trance. Nitin, who’s originally from Toronto, has become a  legend in the European house scene. He is specially returning from performing  in Ibiza, Berlin, London, and Paris to showcase his magic at The Blu Party. Other artists to look forward to include moody Soul Goodman, the flawless mixing of Miz Megs back-to-back with Evan G and Jonathan Coe.

“This is our 4th year in Detroit and this is my favourite lineup yet! The event shows my influences of Berlin since I recently moved there and where I want the show to go moving forward.” – Sydney Blu

So get your dancing shoes on and join us for an epic Blu Party! You can purchase tickets here or RSVP to the facebook event here! 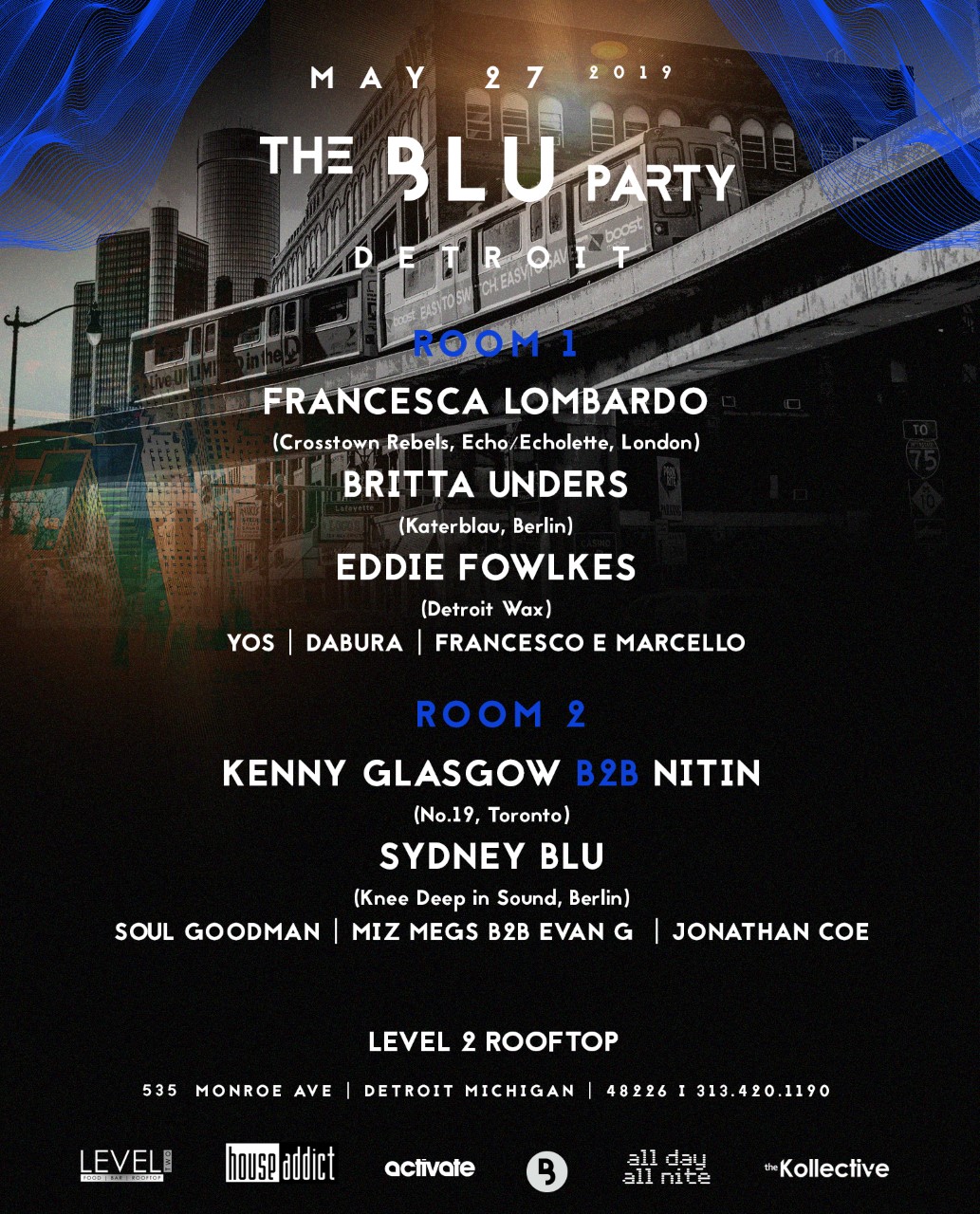 Rock in Rio, the legendary music festival, is giving fans an exciting preview of its Rock Street through a new commercial campaign being premiered worldwide through…