We had the opportunity to be a part of the inaugural year of Kaaboo in 2015 and I can’t tell you how excited we were when it was announced the festival would be returning in 2016! Since this festival takes place on the coast of beautiful Del Mar, CA it’s right in FestPop’s backyard, which we love too. San Diego is our town and any festival that sets up shop here better be good! Kaaboo has branded itself as the “un-festival”, which may sound confusing. What we’ve found that to mean is maximizing the best things about a music, food and arts festival and minimizing the things that suck like long lines, nasty bathroom facilities and standing for 14 hours straight.

Just as we thought that Kaaboo couldn’t possibly deliver a more eclectic and multi-generational lineup to top last year, they lowered the boom. With headliners like Jimmy Buffet, Aerosmith, Jack Johnson and Fall Out Boy plus artists including The Chainsmokers, Grouplove, Flo Rida, Steve Aoki, Cypress Hill, Gregg Allman, and Atlas Genius (just to name a few) there is something for everyone from Millennials to Baby Boomers.

The festival takes place on 370 acres of The Del Mar Fairgrounds, including the Del Mar Racetrack grounds, nestled right against the beautiful Pacific Ocean. Offering an unbelievably picturesque backdrop for Kaaboo, it truly is “where the surf meets the turf” as the saying goes. There’s plenty of shade and seating, clean restrooms with flushable toilets, no dirt, dust or mud, and even air-conditioned indoor areas when you need to get out of the heat.

Just like 2015 Kaaboo will feature various levels of VIP experience that can be had for the more well-heeled attendees. These VIP tickets allow access to special Thursday night performances and secret menu items as well as a champagne reception and swag bags plus TONS more. If you’re not up for footing the bill for VIP, not to worry. There are still a plethora of amenities for the non-VIP festival goer. Kaaboo guests can expect insanely delicious artisanal fare from top local chefs including Brian Malarkey, of Top Chef fame. Twenty-five plus restaurants will be featured as well as more than forty beer, wine and spirits vendors. Maybe you feel like lounging in a private cabana by the pool during the festival. Fret not, that’s an option too! There’s even a late night dance party each night from 10pm to 2:30am called “Encore” if you’re ready to go all night (18+).

In addition to the amazing music, food and drink at Kaaboo they’re inviting a slew of comedians in case you feel like laughing your ass off. The cast of HBO’s Silicon Valley will be in attendance along with names like Dana Carvey, Cheech and Chong, Janeane Garofalo, Natasha Leggero and Doug Benson plus so many more.

Sitting right on the coast of gorgeous North County San Diego, Del Mar is a paradise of a vacation destination any time of the year. Even better when you get to come to town and experience an amazing festival. Here’s our recommendations on where to stay while you’re here:

The top shelf lodging for Kaaboo is L’Auberge, no question. Offering a uniquely balanced combo of upscale class plus beachy casual it has been rated among the top resorts in the world by Condé Nast. It’s pricey to be sure, but worth it. L’Auberge is also dog friendly if you travel with your four legged friend. This location is in high demand and rooms go fast.

Les Artistes is a unique spot with a lot of character. Walking distance to restaurants and shops as well as the beaches, each room is one-of-a-kind. Uniquely designed and hand-crafted using the personalities and artwork of different famous artists for inspiration, it’s a place like none other. The Secret Garden Inn is a very cool B&B operated by the same owners and just up the street. Rooms are limited at both of the locations so book early.

The Del Mar Inn Hotel is another option situation right on the coast that offers an amazing view of the Del Mar coastline. Two blocks from the beach it’s a perfect location if you want to spend time in the ocean while you’re there.

If you’re missing the RV camping experience from other festivals when you come to Kaaboo a sneaky option is to stay at The Surf and Turf RV Park, adjacent to the Del Mar Racetrack. The one location on the list that offers close enough proximity to walk to the festival, you might spot the FestPop crew here.

Del Mar has a TON of amazing restaurants, but seafood is the standout in this town. The other major category you shouldn’t miss while in Southern California is Mexican, which is more authentic here than anywhere else in the country. Kaaboo is already offering an unbelievable selection of delicious nosh during the festival, but in the event you want to eat somewhere else before and after here are a few options you can’t miss:

The Brigantine is one of our favorite spots in Del Mar and probably the closest to the venue. An awesome seafood and oyster bar that overlooks the Del Mar Fairgrounds from above you’ll have a spectacular view of Kaaboo itself. Delicious cocktails, a casual but upscale atmosphere and the best clam chowder west of New England this is a definite must visit.

Jake’s Del Mar is probably the highest rated seafood restaurant in the Del Mar area. With an amazing view and a delicious menu it’s an excellent place to enjoy some San Diego seafood. 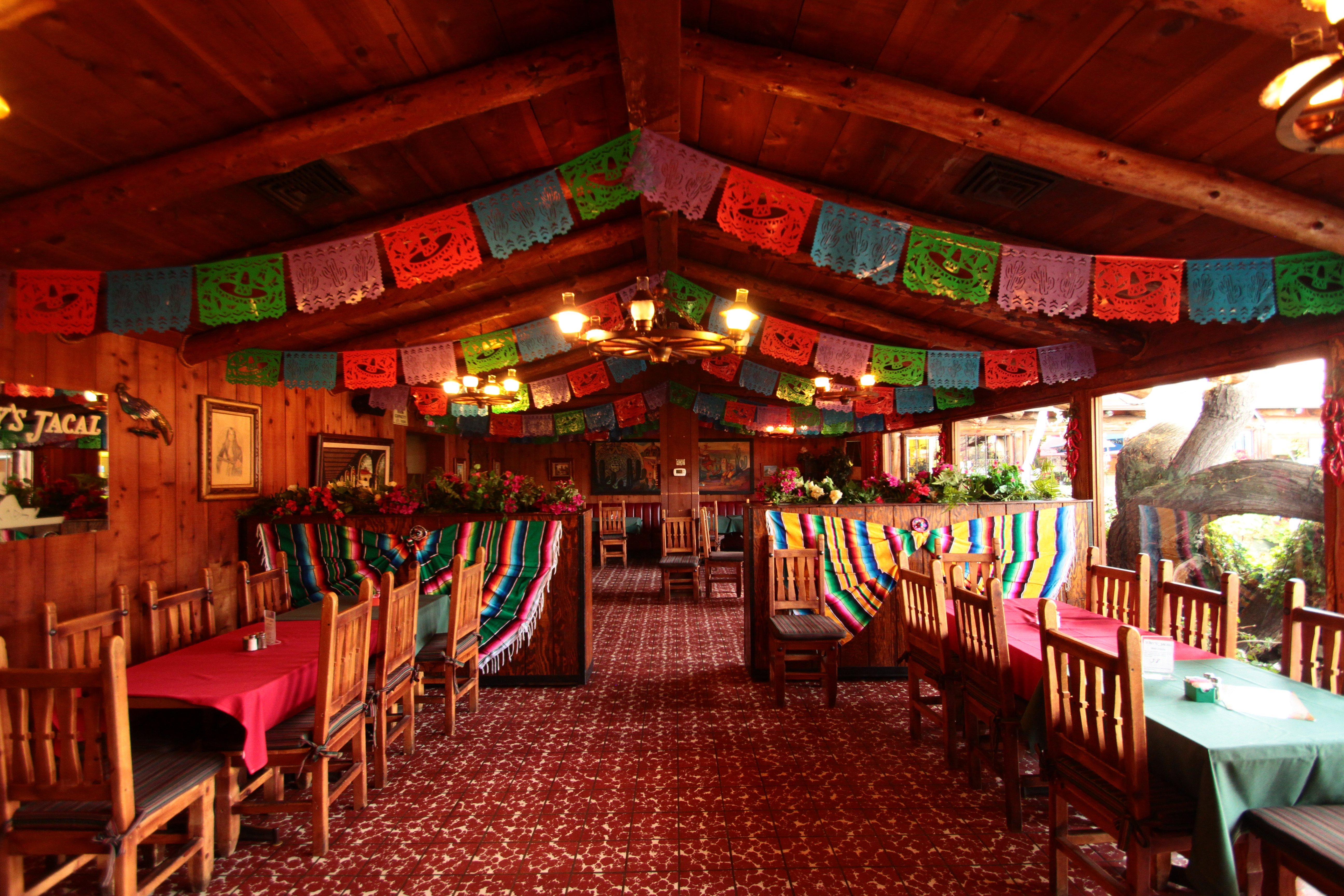 Tony’s Jacal is a favorite local spot for authentic mexican food that’s been open since 1946. Hidden away just north in Solana Beach this place hasn’t changed much since it opened, and we like it that way!

San Diego has become one of the micro-brew capitals of the world over the last decade and if you’re into the beer scene Ballast Point Brewery should be on your list. Brewer’s of extremely popular beer like Sculpin, Dorado and Delicious their restaurant has eats as delicious as their beer. It’s a bit of a drive southeast from Del Mar at around 20 minutes, but will be worth it to the suds aficionados.

The Del Mar and Greater San Diego area have a ton of activities to offer, we’ve selected a few unique ones that stand out and aren’t too far from the festival:

Torrey Pines State Natural Reserve is an excellent spot for hiking that goes right along the coast and features spectacular coastal views. One of the wildest remaining stretches of Southern California coastline it gives you a sense of what the area looked like to natives and early explorers.

The Birch Aquarium is a cool place to check out some of the aquatic creatures that live in the area. Providing education and sharing the research done by the Scripps Oceanography Institute, the aquarium’s mission is to promote ocean conservation.

The world renowned San Diego Zoo is not to be missed if you have the time. Located in historic and beautiful Balboa Park near Downtown San Diego it’s about a 30 minute drive south from Del Mar, but definitely worth it. Some of the unique attractions include Giant Pandas, Polar Bears, Tigers, Cheetahs, Elephants, Grizzlys, Giraffes, Rhinoceroses and Koalas. The zoo’s mission is to save species worldwide and combat extinction.

We’d be remiss not to mention all the amazing beaches in the area, some of Southern California’s very best including Torrey Pines, Del Mar, and Swamis.

Hope to see you at Kaaboo this year, it’s going to be amazing!

Nestled among the rolling hills of Temecula Valley’s Wine Country, thousands of eager music festival fans made the trek to Lake Skinner, Californa for the…